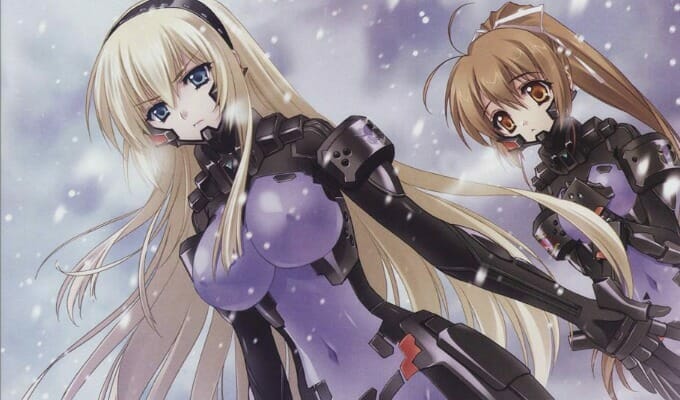 So how many Schwarzesmarken can you get for a Deutsche Mark?

Joking aside, Muv-Luv fans have a new anime series to look forward to. Yesterday, the official Twitter account for visual novel developer âge tweeted an announcement that Muv-Luv Schwarzesmarken will receive an anime adaptation.

In addition to the series confirmation, a new Muv-Luv Bernhard no Sekiei will kick off in next month’s issue of Tech Gian magazine.

The Muv-Luv Schwarzesmarken anime series was first revealed in the July issue of Tech Gian, which hit stores this week.

Muv-Luv Schwarzesmarken will be based on a series of light novels in the Muv-Luv Alternative franchise, which first kicked off in 2011. The series is set in an alternate Germany, in the year 1983, and chronicles both the battle and political conflicts of the East German Army’s 666th TSF Squadron. It’s during this time period that alien beings known as the BETA (“Beings of the Extra Terrestrial origin which is Adversary of human race”… kind of reaching there) began their westward assault from China, in an attempt to conquer the Eurasian continent.