Earlier today, the official Monster Musume anime website updated with an announcement that Yu Kobayashi will join the cast. Kobayashi will play Smith, an Interspecies Cultural Exchange coordinator that’s a key player in the overall plot.

In addition to the cast reveal, a new Monster Musume “Cultural Exchange” promotional website. The site allows fans to invite one of the six monster girls into their homes, and track their daily lives. Participants will earn “love points,” which can be redeemed for prizes, for correctly answering questions about the characters.

The Monster Musume anime was first announced in March, on the wraparound for the seventh volume of Oyakodo’s Monster Musume manga. The series will be helmed by Yatterman Night director Tatsuya Yoshihara and directed by studios Lerche (Assassination Classroom) and Seva.

The voice cast for the six monster girls was unveiled in two stages. The first three roles were revealed in April, while the remaining three were announced on May 16. The full list is as follows:

To date, two key visuals, numerous character visuals, and a promotional video were released to promote the project. We’ve provided all of these below. 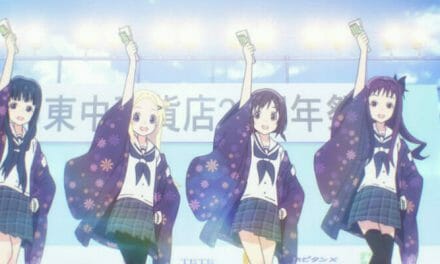