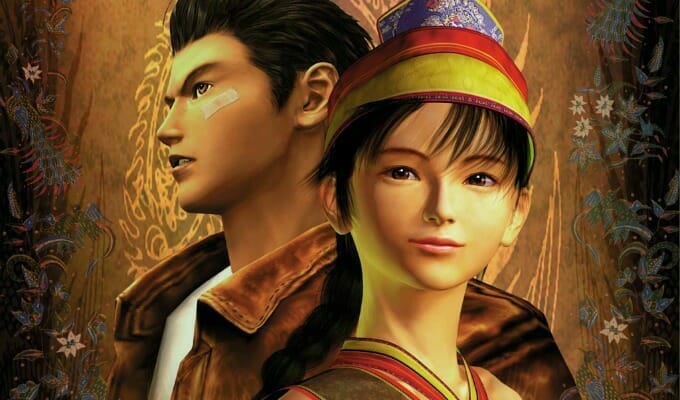 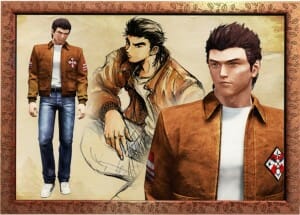 E3 is here, and the imaginations of gamers across the globe are alight with incredible possibilities. It’s a time when the impossible becomes the possible, from the wildest fantasies to the most mundane of requests. The hype of the event is dizzying, to the point that it can consume the attention of millions for the entire week as they dive straight into gaming nirvana.

This year, in particular, it seemed as if every gamer’s wish list was destined to come true.

On Monday, Sony delivered what may will argue to be the true highlight of this year’s E3. Everything seemed to be plucked from the very dreams that danced in the heads of fans across the globe. The Last Guardian was back after years of absence! Landmark RPG Final Fantasy VII was getting a full remake! Killzone creators Guerrilla Games showed off a new, open-world adventure!

Possibly the biggest moment, though, that event horizon where the lines of fantasy and reality began to blur, came about later in the event. “Now recently, a developer told us they were bringing back a fan-favorite Kickstarter for PC and PS4,” proclaimed the presenter. “Now this is very much their project, but we wanted to celebrate it on our stage!”

Suddenly, the lights went dim, and the words “Shenmue’s Story Was Left Incomplete” faded into view, as a flurry of cherry blossoms fluttered across the screen. This was immediately punctuated by a short video message rom Yu Suzuki, the man who created the 3-D fighting genre with Virtua Fighter, revolutionized arcade with Hang-On, and crafted what many argue to be a classic before its time in Shenmue.

“The fate of Shenmue is in your hands now,” Suzuki implored before a link to the drive itself faded in.

At the time, the sheer excitement, the sheer electricity of the moment could be felt among every gamer watching. Finally, it was the chance to finish the epic! Finally, fans could find out what would happen between Ryo Hazuki and the villainous Lan Di! The journey could finally end, and Ryo could finally find his own purpose.

The response was so great that Kickstarter crashed under the strain of the incoming traffic.

Did Kickstarter just crash because of Shenmue3? pic.twitter.com/DNC8yrEh2y

Once the conference ended, though, and cooler heads started to prevail, many started to sense something coming from their bullshit detectors. A number of fans started to really question what they saw onstage that night. Did a representative of a multi-billion dollar corporation really just stand on-stage, hat in hand, to beg for money for a developer’s project at this multi-million dollar conference? Did this organization really not pick this project up for the $2 million requested, and outright ask the fans to pay for this?

Nothing shady about Sony funding projects through kickstarter….no?!

it was at this point that various enthusiasts and industry watchers began to circle back to this moment, sensing something was up. Sony’s timing, their delivery, and the sheer fact that they had the audacity to beg for money all seemed, well… crass, in retrospect. On the surface, it was simple pandering, crowing about a project that they had no stake in as they expected fans to outright pay for it.

Then there was the question of the money. $2 million for a game with the scope of Shenmue felt, well… low. Those who were around in the early days of the millennium can say with confidence that the first Shenmue, while beloved, was a money pit. The game broke records with its massive (at the time) $47 million budget and six year development cycle that spanned two console generations.

In practical terms, this was a game that would need to sell two copies for every single Dreamcast owner in order to break even. In this light, the math simply did not add up. 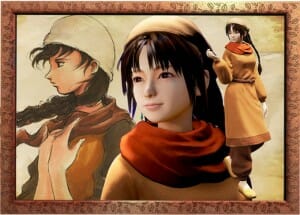 Still, hype prevailed, and the drive shattered its $2 million goal in under ten hours. It was the fastest any Kickstarter had ever reached the $1 million mark.

Yesterday, though, the plot thickened. Sony revealed that they were indeed funding Shenmue 3, and that the $2 million Kickstarter was merely to “gauge interest” in the product. Or, as Destructoid kindly put it, they were using Kickstarter as a pre-order marketplace. Their whole spiel about this being Yu Suzuki’s project alone? A clear fabrication.

The revelation prompted all manner of responses from the public. Some said it was brilliant marketing or, at the very least, a “cool idea.”

So apparently that Shenmue Kickstarter was to prove to Sony that enough people wanted it. I've U turned and think this is a really cool idea

Others were vocally upset about the news.

I knew that Shenmue 3 shit was shady. Why have a kickstarter when Sony was backing it up anyway?

@BenKuchera this bothers me on so many levels.

And others, still, saw this coming a mile away.

I guess people really thought Shenmue 3 can be made with only $2 mil? lol

What I haven’t seen, though, is an emotion that I’ve been feeling since Monday: concern.

This certainly isn’t the first “marketing campaign” Kickstarter we’ve seen, nor will it likely be the last. Koji Igarashi disclosed that Bloodstained: Ritual of the Night had larger investor before the first donation was accepted. And, at the same time, it brought in well over $5 million from eager backers. 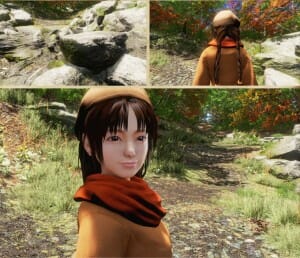 How Sony went about this is a bit abhorrent, for sure. Mind you, this is a company that went onstage, proclaimed that this wasn’t their project, begged for money, and cynically revealed that they were behind the entire operation a day later. That certainly skirted a few ethical boundaries that rightfully left a bad taste in the mouths of some people.

But that’s another story for another day.

My real concern is in regards to Kickstarter, as a whole. It seems that, as the months go on, we’re seeing a growing number of these “marketing campaign” drives appearing on the platform. And, in many cases, it seems as if we’re seeing various industries just latch onto Kickstarter in a cynical attempt to rebrand the pre-order culture that seems to dominate the gaming medium.

And, unfortunately, we’re also starting to see public perception of Kickstarter suffer. It seems that, day after day, a growing number of people flippantly argues that Kickstarters are just that: a pair of hipster glasses and a plaid shirt that wrap around the typical marketing ploy

Sadly we are well into the era of Kickstarters being mostly a form of marketing. So Sony’s involvement with Shenmue is not surprising.

It’s been just over a year since I started KickColle here at the Herald. At the time, I saw a drive, an entrepreneurial spirit in so many smaller crafters and creators across this amazing world. People were setting out, rolling up their sleeves, and eager to find a way to connect with those who were looking the very things they offered. 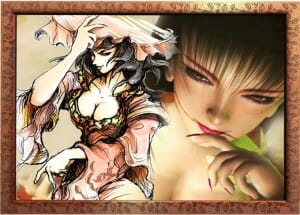 These were the folks who wanted to open an anime-themed bar in Thailand, or bring their life’s work to the printed page! They wanted to tell their grand stories in animation, or build a new platform for people to crowd-fund their own manga.

They’re creators, innovators, and storytellers. They’re the folks who want to make their dreams happen, but need that extra “push” to do so.

In the year since I’ve started the KickColle Profiles section, I’ve had the pleasure of meeting so many wonderful, talented, unique individuals. They were driven, determined, and ready to do anything to make their dreams come true. Their projects may not have always reached their goals, but these folks were truly something special, with a dream and a desire to make things just a bit more amazing.

Mind you, not every Kickstarter deserves to succeed. The potato salads and Kobe Reds of the world are certainly out there, and should be dealt with accordingly.

Still, to see the market at large growing cynical and suspicious toward Kickstarter as a whole, to begin to dismiss everything that comes from it as mere marketing ploys, is concerning. I do hope that, even among these growing mega-drives, driven by cash rich organizations, don’t completely eclipse the small creators that made Kickstarter such a special platform to begin with. They’re the heart and soul of the crowd-funding movement. And, really, they just want to make this crazy world a little more awesome for everybody else, one innovation at a time.