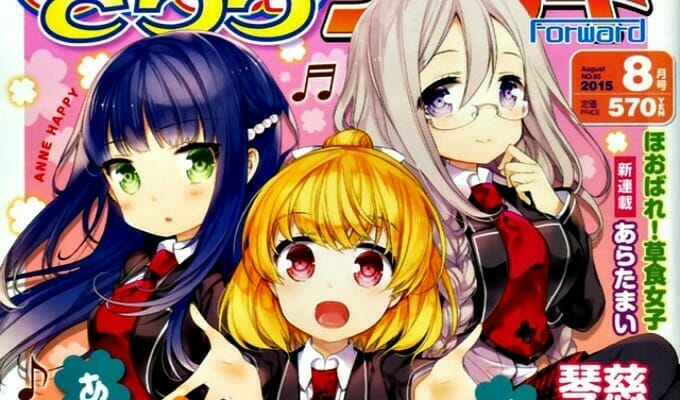 The latest issue of Manga Time Kirara Forward revealed that Cotoji’s Unhappy♪ manga will receive a televised anime adaptation. At the moment, no further details are available. 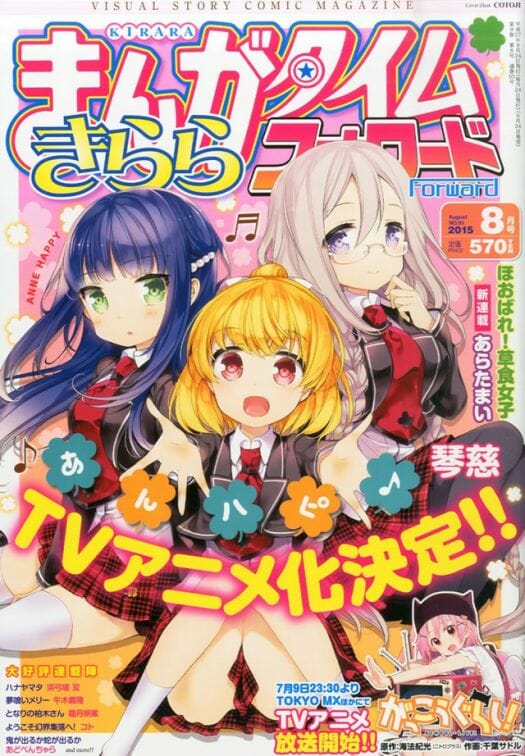 Unhappy♪ is a four-panel comedy series that began running in the February 2013 issue of Manga Time Kirara Forward. The series is set in Class 1-7 of Tennogofune Academy. This particular class is a home for students with “negative karma.”