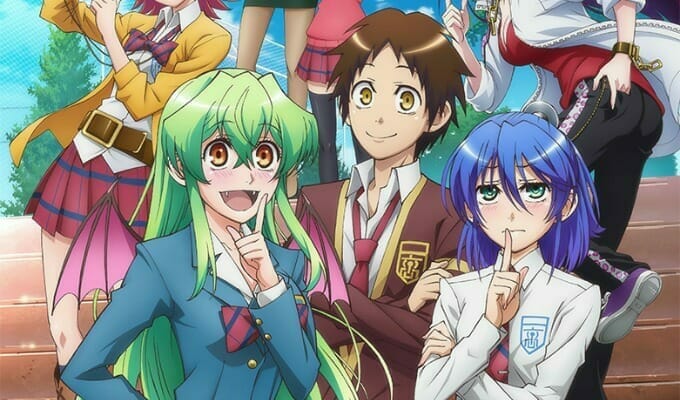 Crunchyroll was just bitten by something. Investigation says it’s either the love bug, a vampire, or some combination of the two. 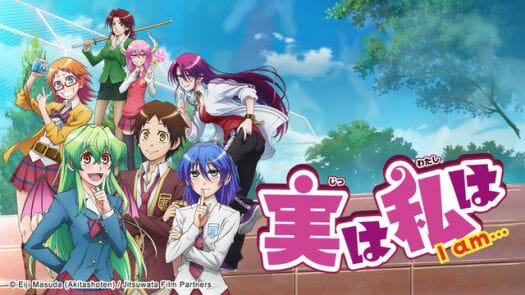 Earlier today, the streaming platform announced that they will stream Jitsu wa Watashi Wa… (Actually, I am…). The series will kick off on July 6 at 11:30AM Pacific (2:30PM Eastern), with new episodes being added weekly.

Jitsu wa Watashi wa… is based on Eiji Masuda’s manga of the same name. The series will be directed by Servant x Service director Yasutaka Yamamoto at TMS Entertainment. Character designs are being handled by Hirotaka Marufuji (Aquarion Evol, Nobunaga The Fool).

Jitsu wa Watashi wa… will be available to users in USA, Canada, America, Central America including the Caribbean, Australia, New Zealand and South Africa. Crunchyroll describes the series as:

Asahi Kuromine is a high school student who supposedly cannot keep a secret. One day he spots his crush Yoko Shiragami, unfurling a large pair of wings from her back. She explains to him that she is a vampire and is only able to attend a normal school on the condition that no one discover her true identity. Asahi swears to keep her secret but finds it hard to maintain seeing as how Yoko herself is an airhead and Asahi’s friend Mikan keeps bullying the two of them. Eventually, he discovers more girls in his school with secrets of their own: a tiny alien who rides a human-sized exoskeleton of herself, a werewolf capable of switching gender at any depiction of a moon, a thousand-year-old demon who secretly runs the school, and more who pose a challenge as Asahi tries to keep Yoko’s secret.