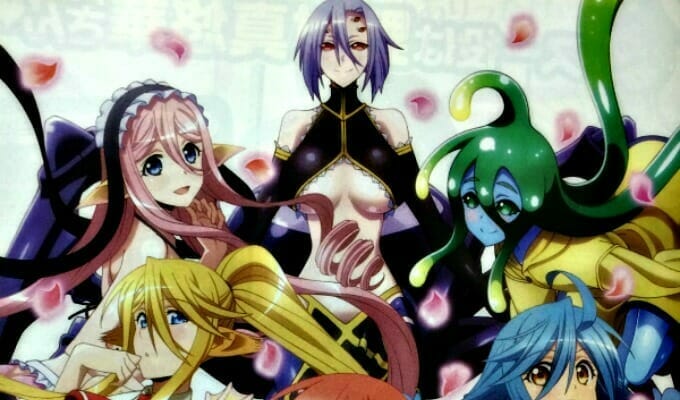 The monster invasion is upon us! First came the lamias and the harpies. Now, it’s centaurs and slimes!

As always, we give the warning that there is suggestive content, and this is not safe for work.

The two promos come just a day after the first round of character videos hit the web. Yesterday, fans got a glimpse at Miia the Lamia and Papi the Harpy.

Tatsuya Yoshihara (Yatterman Night) will direct the series, while studios Lerche (Assassination Classroom) and Seva handle animation. Tatsuya Sunagawa will fill the roles of Animation Director and Character Designer, while Shunji Akasaka will back him up as Assistant Character Designer.

The voice cast for the Monster Musume rolled out in phases, with the rolled of Miia, Papi, and Centorea being announced in April, followed by the reveals for Mero, Rachnee, and Suu in mid-May. Yu Kobayashi was confirmed for the role of Interspecies Cultural Exchange coördinator Smith on May 30. Last week, we learned that Junji Majima would play male lead Kimihito Kurusu.

To date, two key visuals, several character sheets, the two previous character videos, and a 90-second promo video were released to garner interest the series. You can check out all of these below.