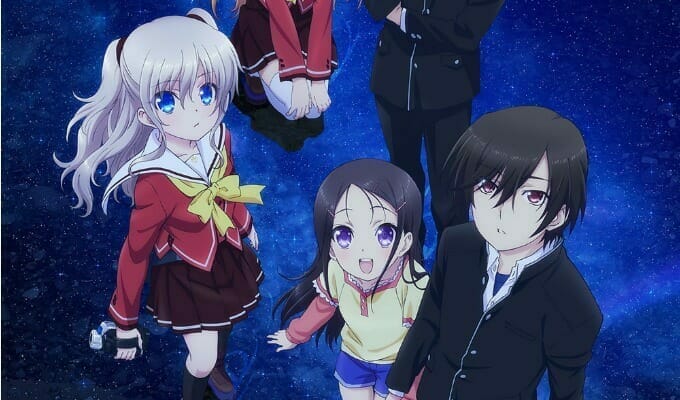 Charlotte’s grand début continues to march ever closer, as fans get brief glimpses of what lay behind the curtain.

Earlier this week, the official Charlotte anime website updated with an extended promotional video. The two and a half minute video uses opening theme Bravely You (by Lia) as its background track.

The preview comes just a few days after a preview for the show’s first episode, Tanin o Omou (Think About Others), was added to the site with a pair of key visuals.

At the time, a première schedule was also listed: 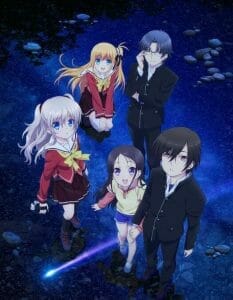 The series will also air on Chiba TV, TVK, Teletama, MBS, Tulip TV, and CBC TV, though specific première dates were not revealed.

Maya Uchida will provide vocals for songs by in-show band “How-Low-Hello” in addition to her two roles in the series.

Charlotte is a cooperative work between Jun Maeda and character designer Na-Ga. The production is a joint work between Key, Aniplex, and P.A. Works.

The confirmed staff for the series includes the following:

In North America, Aniplex of America holds the rights to Charlotte. The series will stream in North America on Aniplex Channel, Hulu, Crunchyroll, DAISUKI, and Viewster.

To date, four key visuals were released including the one above. You can check out the remaining pieces below: 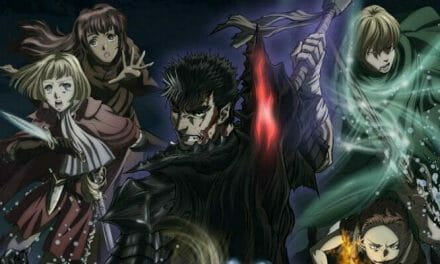