Sailor Moon is gone… again. She’s not forgotten, though!

Earlier today, the last episode of Sailor Moon Crystal hit the web. At the end of the stream, was a brief message that stated “À bientôt” (“See you soon!”) 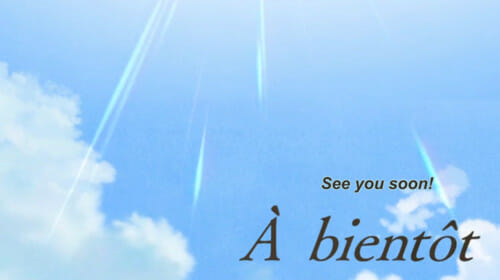 Rough Translation: Everyone was smiling as we watched the Sailor Moon Crystal Black Moon series finale. A sincere thank you! Don’t forget to check for future updates on the official 20th anniversary project site! Also, thank you TV viewers!

The image in the tweet includes a short message that states “In regards to future developments, we will post a number of announcements on the Sailor Moon 20th Anniversary Project website! Please look forward to it!!”

In Japan, the second season of Sailor Moon Crystal is currently streaming from this January (“Black Moon saga”). What the website news is telling is terrestrial TV broadcasting of the 2nd season in Japan will start from this summer.