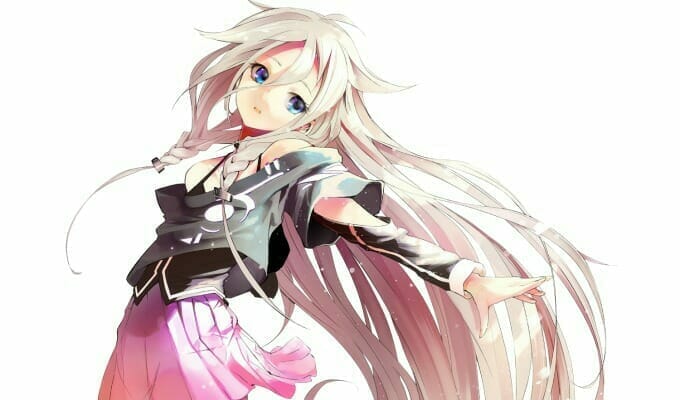 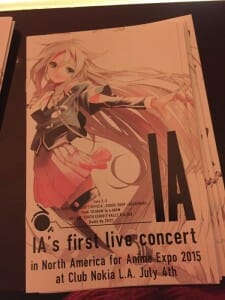 The concert started an hour late (there was some confusion as to the start time as the official Anime Expo program said 8 PM but website and the tickets themselves said 3 PM). Vocaloid IA was the opening act. I confess that I’m a bit confused by the staggering popularity of vocaloids in Japan, but seeing IA in concert was a bit more fun than I was expecting.

Part of this came from the fact that a four-person band played live music to accompany IA’s pre-recorded song and dance routines. Speaking of dancing, a pair of dancers accompanied IA on-stage. Their performances were excellently timed, and generally consistent through the show. IA’s routine didn’t quite move at the same speed as her human counterparts, so it was difficult for all three of them to remain in sync.

For those of you unfamiliar with IA, check out one of her more impressive videos, which mixes her voice with the talents of electronica artist Teddyloid:

Editor’s Note: We have a few extra photos that were just too gorgeous to not include! You can check them out below. -MF 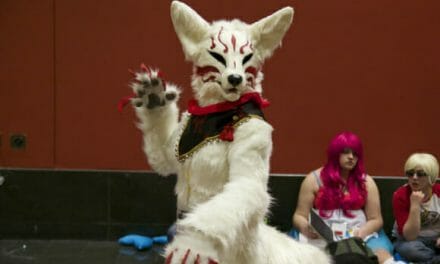