“No one likes to admit to them. To the mistakes caused by their youth.”

Earlier today, the official Gundam website updated with a new English promotional video for Mobile Suit Gundam: Iron-Blooded Orphans (Mobile Suit Gundam: Tekketsu no Orphans). The teaser, which clocks in at just under 3 minutes, is presented in English, and gives a brief overview of the show’s story and cast.

In addition, the site added several new pieces of cast and crew information.

Tatsuyuki Nagai will direct the series at Sunrise, with Mari Okada in charge of series composition. Michinori Chiba (Mobile Suit Gundam 00) is working as character designer on the project, adapting Yu Ito’s original designs for animation.

The team of Naohiro Washio, Kanetake Ebikawa, Ippei Gyōbu, Kenji Teraoka, and Tamotsu Shinohara will be in charge of mechanical designs for the series. The music will be provided by Masaru Yokoyama (Unbreakable Machine-Doll, Rolling Girls), while Kusanagi will handle art design.

Several character visuals were released, which you can check out below:

In addition, the site added a number of designs for the various mobile suits that will be featured throughout the series: 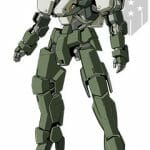 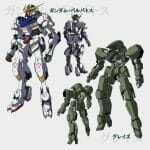 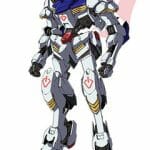 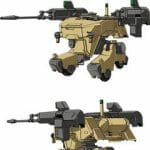 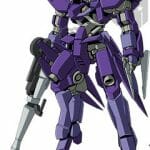 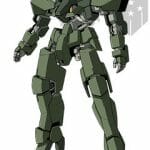 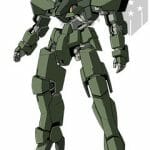 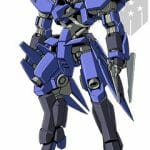 Mobile Suit Gundam: Iron-Blooded Orphans will air on 28 channels in Japan starting on October 4. The series will also be streamed online, though specifics on the broadcast have yet to be announced.