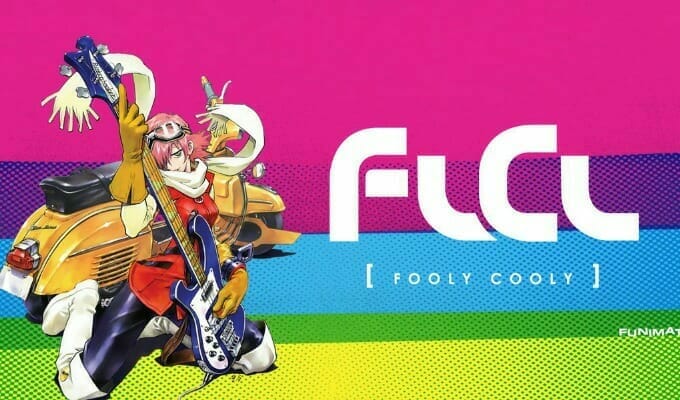 Welcome, one and all, to another issue of AniWeekly! In the US, tomorrow is Labor Day: a holiday dedicated to the American Labor Movement. For many, it’s a rare day off to just enjoy one last summer day. For others, it’s a day of sales. For others still, it’s business as usual. Whatever your case may be, we at Anime Herald wish you the best this Labor Day!

Ride on Shooting Star~! Last week, Production I.G. announced that they acquired the rights to fan-favorite franchise FLCL. The studio plans to take advantage of these rights to create a “new anime remake,” among other ventures.

Here’s hoping that The Pillows will return to lend their unique talents to the project again!

Fusion… HA! Shueisha, ANIMATE, Kodansha, Kadokawa, and Shogakukan are joining together in a massive joint venture, which will be tasked with promoting anime and manga across the globe. The new company, known as the Japan Manga Alliance, will set its sights on Asia as a logical first step.

Gather, my cattle! Fans of Sanrio’s Show By Rock!! have a lot to look forward to! Last week, Sanrio revealed that in-universe Visual Kei group Shingan Crimsonz would star in a stage musical. The doors for the first show will open on February 11, 2016.

Monochrome, yet super colorful. A third season of the Miss Monochrome short-form anime series is in the works. The new season will begin airing as part of the Ultra Super Anime Time block on October 2.

A goodbye to a legend. After an impressive 40-year run, recording studio TAVAC will close its doors. The studio has been used to record the dialogue on numerous important anime titles, including One Piece, Revolutionary Girl Utena, and the Dragon Ball franchise.

Fresh from Kana’s Korner. The folks at 98.1 The Fan were able to sit with Stephanie Sheh for a 19-minute interview. The two discuss a number of topics, from Sheh’s role as Sailor Moon to her life as a dog owner. It’s a fun interview, that’s well worth a listen.

The eternal struggle. Manga Therapy delivers a particularly intriguing read on his experiences as a blogger over the years, from the agonies of monetizing, to the questions thousands of us ask every day in regards to merchandising, and what have you. It’s a definite must-read for bloggers who are feeling lost, or just need some real perspective on their passion.

Back in the saddle! Scott Spaziani returned to his old stomping grounds as he restarted his old blog, Otaku In Review. Not to be confused with L.B. Bryant’s Otaku Review, mind you.

If you’re to read anything, though, I highly recommend you check out his article on the Cultural Echo Chamber that exists within a fandom.

This week, we’re coming at you with An Anime Opening.

YouTuber [email protected] cut together clips from dozens of fan-favorite titles into one, beautifully-synced experience that captures the very essence of countless anime openings.