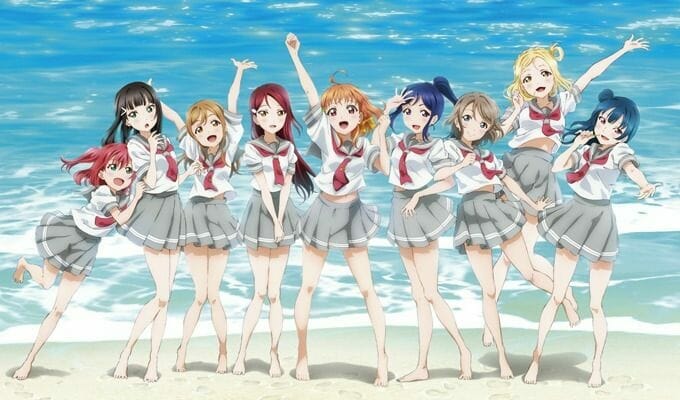 Look out, μ’s! Aqours is stepping into the limelight!

Love Live! Sunshine!! was first unveiled in February by Dengeki G’s magazine. The initial reveal showed a red-haired girl standing at the center of a beach setting. A month later, the image was revised and updated, to feature the nine girls who will (presumably) make up the idol group in the series proper.

Hajime Yatate, the pseudonym for the collective staff, is credited with the original concept for the project, and Kimino Sakurako is responsible for the original draft. Kazuo Sakai (Mushi-Uta) will direct the project, as Yuhei Murota provides character designs.

Previous updates to the Love Live! Sunshine!! website included character art and bios, as well as video embeds for three versions of the original TV commercial (15-second, 30-second, 60-second) and B-Side Step! ZERO to ONE

Step! ZERO to ONE