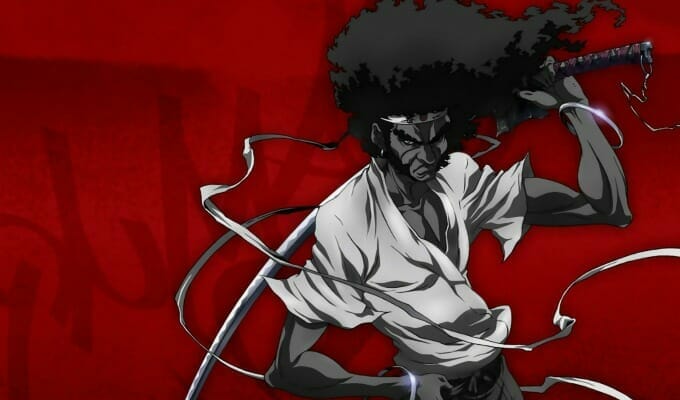 Soon, the man with the #1 headband shall rise once again, his sword crimson with the blood of his rivals.

Earlier today, the official PlayStation blog revealed that Afro Samurai 2: Revenge of Kuma Volume 1 will hit the PlayStation 4 on September 22. Players who purchase the season pass, which grants access to all three episodes of the game, will receive a 20% discount. Fans who subscribe to PlayStation Plus will 30% off of the retail price.

In addition to the news, the article included a promotional video, which includes clips from the game.

Afro Samurai 2: Revenge of Kuma is being developed by Redacted Studios. American Sniper screenwriter James Defelice is writing the game’s original story. The official website describes the game as follows:

Afro Samurai 2: Revenge of Kuma continues the action-packed saga of Afro Samurai, but this time follows the narrative of one of Afro’s closest friends Jinno, who blames him for the death of their friends and family. Fueled by an insatiable sadness Jinno endures a series of painful body modifications that transform him into a cybernetically enhanced killing machine called Kuma. Now, emotionally broken, his mind twisted from the pain of his memories and the sadistic modifications to his body, Kuma awakens with one goal in mind; bloody revenge for the pain his old friend and ‘brother’ Afro Samurai caused following the great battle at the Red Gate of Mt. Shumi.

The title will also be released on Microsoft’s XBox One console and the PC. The title is rated M for Intense Violence, Blood and Gore, Partial Nudity, and Strong Language.