Over the weekend, the official Digimon Adventure tri. website began streaming a pair of teasers for the project. The theatrical trailer, as well as a one-minute teaser. Both videos give a brief sampling of the voice acting for the Digidestined.

Digimon Adventure tri. is slated to be a series of six theatrical films, with the first premiering on November 21. 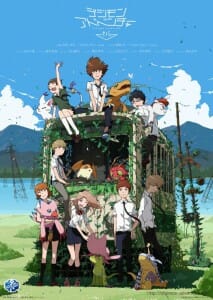 The original cast for the Digimon partners will return for the series, with the full list being as follows:

The human characters, on the other hand, were recast. The confirmed cast is as follows:

Previously, four key visuals, and a pair of teasers were released to promote the project, which you can check out below: