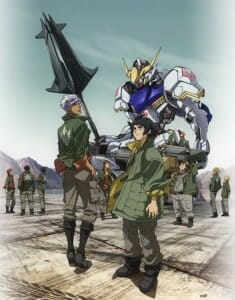 Just as the Earth Federation reaches far and wide, so too shall the new Gundam series.

At the moment, the Crunchyroll, Hulu, Gundam.Info, and FUNimation streams are limited to North America, though the Facebook page promises information on other territories in the near future. 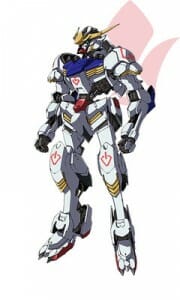 Daisuki’s stream will be available in 242 countries and 13 languages, including the following:

The team of Naohiro Washio, Kanetake Ebikawa, Ippei Gyōbu, Kenji Teraoka, and Tamotsu Shinohara will be in charge of mechanical designs for the series. The music will be provided by Masaru Yokoyama (Unbreakable Machine-Doll), while Kusanagi will handle art design. 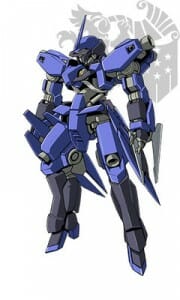 There was once a great conflict known as the “Calamity War.” Roughly 300 years have passed since the end of this war.
The Earth Sphere had lost its previous governing structure, and a new world was created under new systems of government. While a temporary peace had arrived, the seeds of a new conflict were being sown in the Mars Sphere, far away from Earth.

Our hero, a boy named Mikazuki Augus, belongs to a private security company called Chryse Guard Security (CGS). The company accepts a mission to escort Kudelia Aina Bernstein, a girl who seeks to liberate the Martian city of Chryse from the rule of one of Earth’s major powers. However, the military organization Gjallarhorn attacks CGS in order to nip this rebellion in the bud. CGS begins an evacuation, using Mikazuki and the other children as decoys.

Orga Itsuka, the leader of the boys, decides to take this opportunity to rise up in revolt and launch a coup d’état against the adults who have been oppressing them. He gives Mikazuki the task of repulsing Gjallarhorn, and Mikazuki enters battle using the Gundam Barbatos, a mobile suit from the Calamity War era which has been serving as CGS’s power source. 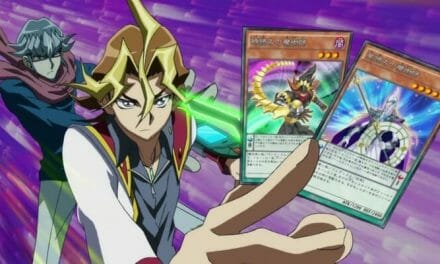