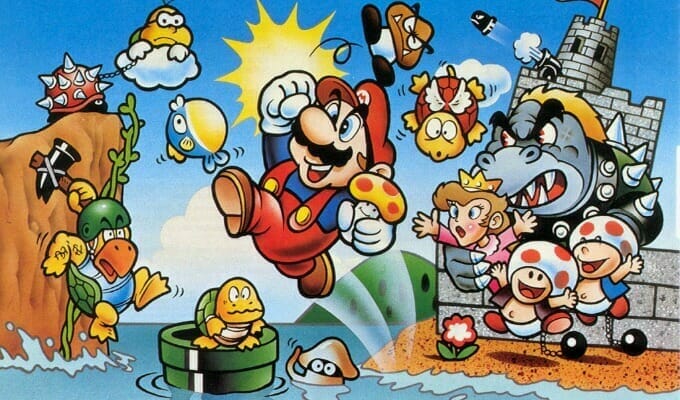 Welcome, one and all, to another fine issue of AniWeekly! Today is a very special day in the world of Japanese (and global) geek culture! Exactly 30 years ago, the Nintendo Entertainment System hit North America. The system hit stores at a time when many felt the console gaming market was beyond repair. And yet, through the power of an incredible games lineup, an innovative (if restrictive) licensing model, and industry-leading games like Super Mario Bros. and The Legend of Zelda, the console was able to revolutionize the industry as we know it today.

So, cheers, Nintendo. Thanks for 30 years of gaming, and remember that even today we’re Playing With Power!

It’s Loot Crate… only anime-fied! Loot Crate, who made their bread and butter out of sending customers a curated box of geeky goodness every month, are branching out! The company announced that they’ll start distributing an anime-centric version of their boxes of fun later this year.

Once Upon A Time In Battle Angel? Last week, The Hollywood Reporter revealed that James Cameron is in talks with Desperado director Robert Rodriguez, to direct the live-action Battle Angel flick. Apparently, it’s still a thing!

Moon Pride! Viz Media announced that they’ll start streaming the Sailor Moon Crystal dub in November. Sadly, the dub will be a Hulu exclusive, which limits the experience to audiences in the United States.

A song of the soul, even! Aniplex started streaming a 22-minute teaser for Anthem of the Heart. The presentation gives a quick peek at the film, as well as numerous interviews with the cast and crew.

I’m a pioneer! Fans of Tenchi Muyo have a lot to be happy about! The historic series will get its first new installment in a decade! 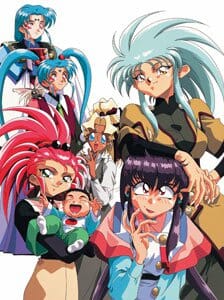 The colors, Duke. The colors! Kyoto Animation unveiled the first cast and crew for its upcoming Myriad Colors Phantom World anime series. The adaptation will be directed by Tatsuya Ishihara (Sound! Euphonium), with character designs by Clannad‘s Kazumi Ikeda

Engineers, engineers, engineers! Justin from Organization ASG put together a sublime article on Crunchyroll, and the role of engineers within the company. Through interviews and a wonderful pseudo-narrative structure, he’s been able to shed light on the company’s environment, as well as the sheer importance of the many software engineers that work within the organization. Seriously, this is one of the best examples of fan journalism I’ve seen in a while!

A 15-year legacy Manga Therapy shares a personal tale of a life with depression. There’s not much more that I can say outside of “you need to read this!”

Live from New York Comic Con! Alain and Kate at Reverse Thieves released a fantastic write-up of this year’s New York Comic Con. While the con ended a week ago, the write-up captures the atmosphere and energy of the convention to deliver a refreshing read.

Because why not? L.B. from Otaku Review found footage of mixed martial arts champion Rhonda Rousey hitting the gym… in a Pikachu costume. I dare you to not smile at the silliness of the situation.

In keeping with the big anniversary, we’re delivering a dose of NES-flavored fun today! Did you know that Nintendo was planning an online multiplayer network for the NES, or that Famicom carts needed to be able to withstand 5,000 insertions into the system to ensure that they wouldn’t degrade?

The folks at Did You Know Gaming put together a fantastic feature on the NES. The six-minute video is chock full of fun facts and trivia about the little grey games machine, from its humble origins, to crazy prototype peripherals that never saw the light of day.