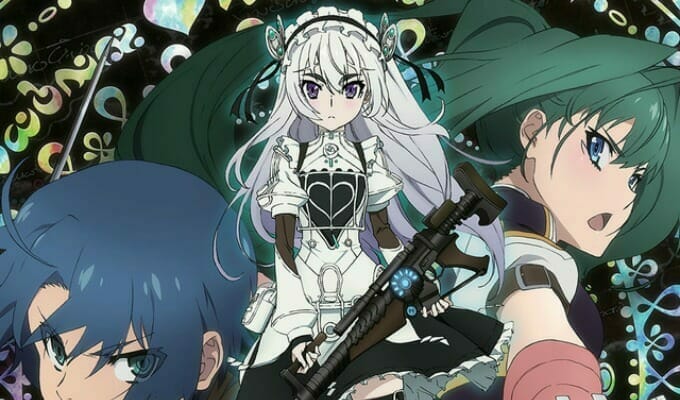 The princess of coffins. What a sad role to be given.

Chaika – The Coffin Princess is based on Ichirō Sakaki’s light novel series of the same name. The series was directed by Soichi Masui (Scrapped Princess) at Bones. Nobuhiro Arai provided character designs on the project, while Touko Machida (Wake Up, Girls!) took charge of series composition.

The series aired in the spring 2014 anime season, and ran for 12 episodes. A sequel, Chaika – The Coffin Princess Avenging Battle hit Japanese TV in the fall 2014 broadcast season.

Sentai will release Chaika – The Coffin Princess on December 15. Crunchyroll streams both seasons of the show on its digital platform.