Most notable was a 100-second teaser, which shows off the visual title’s style, and unveils several key cast members.

The teaser also confirms that a Macross Delta preview special will air on December 31, at 6:00PM. The feature will air on Japan’s TOKYO MX and BS11 networks.

Two key visuals were shown off, which we’ve provided below: 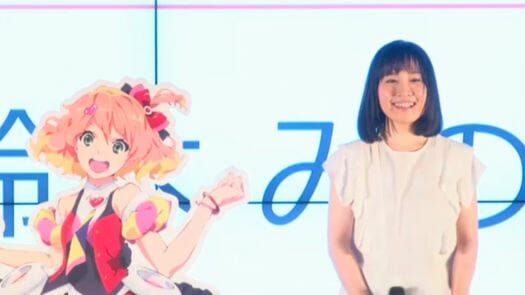 Minori Suzuki, who recently won the Macross singer auditions from Aichi Prefecture, will play the role of Freyja Wion. Freyja is a member of the “Tactical Sound Unit” Walküre, who do battle against the malevolent Var Syndrome.

Chief Director Shoji Kawamori is listed as the original creator, along with Studio Nue. Kenji Yasuda (Noein – to your other self) will helm the project at Satelight. The team of Majiro (Barakamon) and Yuu Shindou (My Teen Romantic Comedy SNAFU) will provide character designs on the project, while also serving as chief animation directors. Toshizo Nemoto (Log Horizon) will supervise the project, and provide scripts

Other confirmed staff members include the following:

Chief director Shoji Kawamori appeared on the special, where he showed off the designs for the VF-31 Siegfried and Sv-262 Draken III mecha.