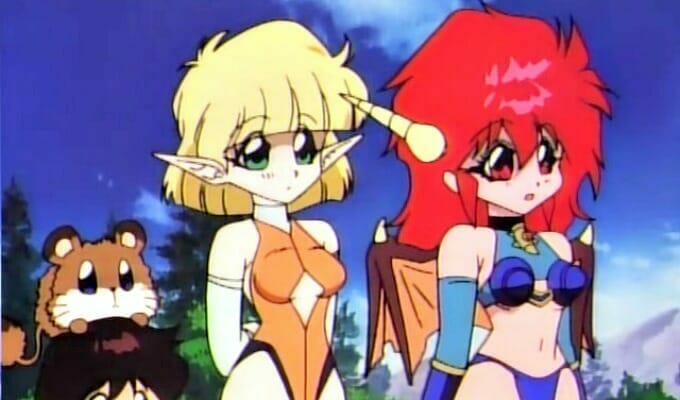 I’d say this calls for a Dick Saucer Rave Dance!

Crunchyroll announced that they will add ’90s OVA Dragon Half to the company’s streaming library. Both episodes will be released in subtitled and dubbed formats at 7:00PM Eastern. The series will be available exclusively to residents of the United States and Canada. 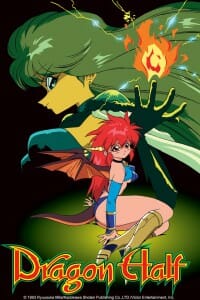 Dragon Half, which is based on Ryuusuke Mita’s manga of the same name, first hit Japanese retailers in 1993. The series was directed by Shinya Sadamitsu (Shinesman) at Production I.G. Sadamitsu also provided the title’s screenplay, while Masahiro Koyama provided character designs.

Knights and Dragons are mortal enemies, right? And everyone knows what happens when a Knight meets a Dragon, right? Wrong! When a Knight and a Dragon meet and fall in love, the result is Mink, a precocious young female who’s half human, half dragon and all trouble! Exactly how much trouble! Well, in consideration of the fact that having vestigial wings and a tail isn’t a problem most teenage girls have to bear, one can perhaps cut our heroine a little slack. However, when Mink insists on compounding her difficulties to infinite proportions by falling in love with handsome pop star… and professional Dragon Slayer… Dick Saucer, she really has put her heart before her head! Talk about problem dates! Will this turn out to be a love story where the hero really does get the girl… on the end of his sword?

The series was originally released in North America by ADV Films. Discotek announced that they rescued the license, along with DNA2 in November 2013.