Apparently, not even the oppressive powers of censorship can stop Dekapan-man! 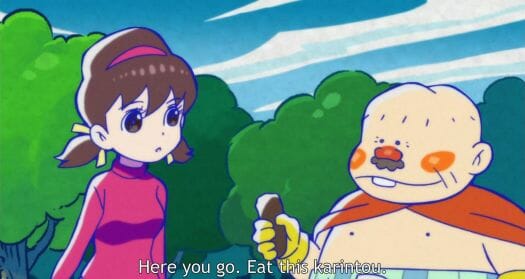 Earlier today, the official Mr. Osomatsu (Osomatsu-san) Twitter account announced that the series will get a second 12-episode season. The series will kick off in January, as part of the Winter 2016 broadcast lineup. 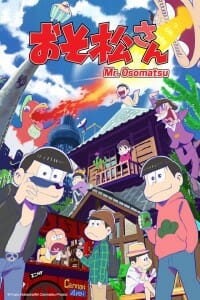 Mr. Osomatsu s based on the late Fujio Akatsuka’s manga of the same name. The series is being directed by Yoichi Fujita at Studio Pierrot. Naoyuki Asano is providing character designs, while Shū Matsubara handles series composition. The show kicked off on October 5, as a celebration of what would be Akatsuka’s 80th birthday

The series recently came under fire for copyright violations. On October 29, TV Tokyo’s Yūichi Takahashi apologized for the show’s third episode, which includes a lewd parody of popular children’s character Anpanman, as well as spoofs of Saw and other pop-culture icons. Episode 1 is being pulled from online services across Japan, and excluded from home video releases of the show.

In North America, Crunchyroll is streaming the series as it airs in Japan.