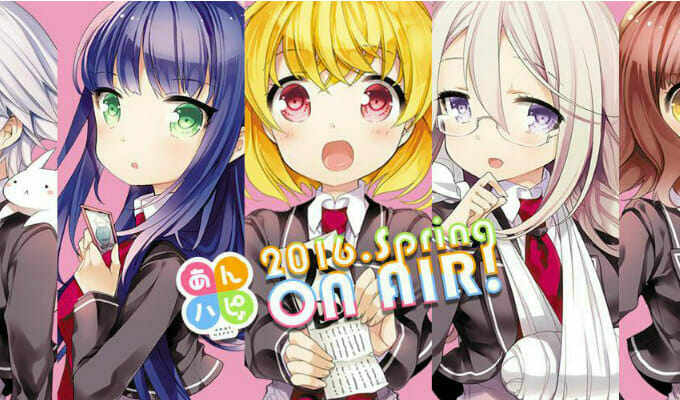 It’s a happy day for fans of Unhappy♪!

In addition, the show’s website went live with confirmation of a Spring 2016 première date.

Unhappy♪ is a four-panel comedy series that began running in the February 2013 issue of Manga Time Kirara Forward. The series is set in Class 1-7 of Tennogofune Academy. This particular class is a home for students with “negative karma.”

Yen Press currently holds the rights to the Unhappy♪ manga, which they’ll release in North America under the title Unhappy Go Lucky!