The latest issue of Weekly Shonen Jump unveiled a new cast member for the My Hero Academia anime series. Nobuhiko Okamoto will play the role of Izuku’s rival, Katsuki Bakugō.

Okamoto joins the previously announced cast members for Izuku and All Might:

You can check out the official unveil, which includes Bakugō’s character design, below: 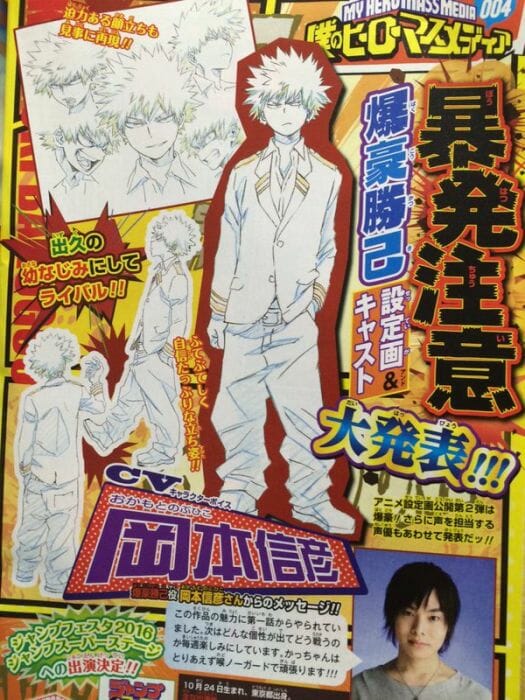 Several character designs, as well as an official promo video were unveiled in the weeks that followed the show’s announcement. Color design sheets for Izuku and All Might hit the web earlier this week. You can check all of these out below: