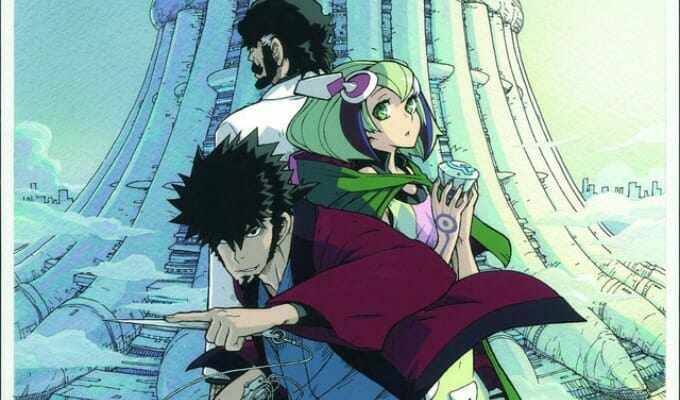 It’s time to head to the next dimension… the W dimension.

The updated trailer also confirms that Dimension W will premiere on Tokyo MX on January 10, 2016 at 10:30 PM. The show will also air on KBS Kyoto, BS11, AT-X, Sun TV, and TV Aichi, as well as streaming network NicoNico.

Dimension W is based on Yuji Iwahara’s manga of the same name. The series is being directed by Kanta Kamei (Bunny Drop, Nanana’s Buried Treasure) at Studio 3Hz and Orange. Tokuyuki Matsutake is providing character designs for the project, while Shôtarô Suga handles Series composition. The series is currently slated for a January 2016 première in Japan.

FUNimation is a part of the show’s production committee. They describe the story as follows:

In the year 2071, the world’s energy problems seem solved by a network of cross-dimensional electric-field inductors- “coils” -that extract energy from a seemingly infinite source. That source is the W dimension, a fourth plane that exists beyond the X, Y, and Z dimensions.In this world, unofficial “illegal” coils harness powers that the police can’t hope to counter. Dealing with these coils is the job of coil-hating repo man Kyoma, whose run-in with the unique coil android Mira leads the two to form a reluctant partnership.

A promotional video and a TV spot were previously released to promote Dimension W, along with a trio of key visuals. You can check these out, as well as the original version of the second promo, below.