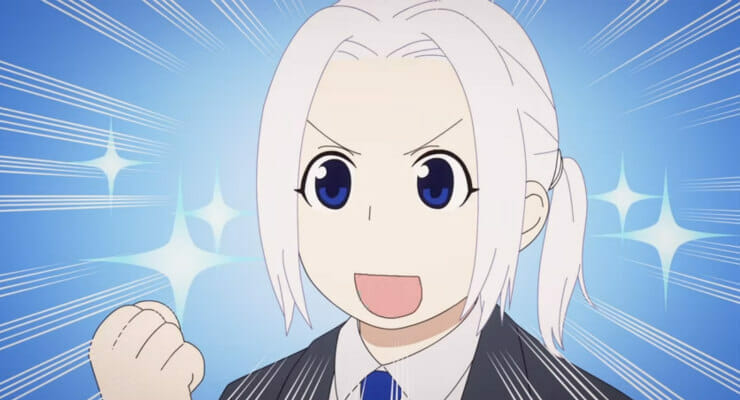 It’s time to trade the sword for the business card!

Yesterday, the official The Heroic Legend of Arslan anime website started streaming the first episode of Corporate Warrior Arslan. The three-minute short is a parody of the core series, which features the main characters in the roles of “corporate warriors.” These exceptional employees devote their all to the PARS Corporation, a modern-day organization whose purpose is both unknown and unimportant.

The entire voice cast for the main series returned to reprise their roles in the Corporate Warrior Arslan shorts.

FUNimation holds the North American rights to The Heroic Legend of Arslan anime series. The company streams the show on their streaming platform and on YouTube.

A second season of The Heroic Legend of Arslan is in the works. Though a specific première date is unknown, the series is on track to return in 2016.