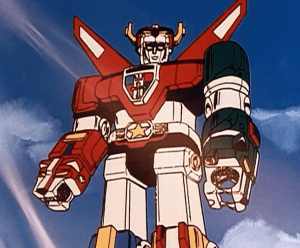 Netflix and Dreamworks Animation announced that they will extend a 2013 distribution deal. Through the agreement, Netflix will snag the global rights (excluding China) for several titles, in addition to expanding streaming rights for numerous existing films and shows on Netflix’s service.

The two companies will release a new re-imagining of 1980s series Voltron in 2016, though a specific première date has yet to be unveiled.

Netflix Vice President of Original Series Cindy Holland commented on the news, stating that “DreamWorks Animation is synonymous with great storytelling that families around the world enjoy […] It’s with great pleasure that we expand on an already successful relationship with DreamWorks Animation to bring more premium kids and family television to Netflix members globally.”

As of press time, no details on the new Voltron are available.

Voltron was originally produced as a joint venture between World Events Productions and Toei Animation. The series ran on syndicated networks from September 10, 1984 through November 18, 1985. The show’s first season adapts Beast King GoLion, which aired in Japan from 1981 through 1982. The series was directed by Katsuhito Taguchi, and features character designs by Kazuo Nakamura. Media Blasters holds the rights to both Voltron and Beast King GoLion in North America.