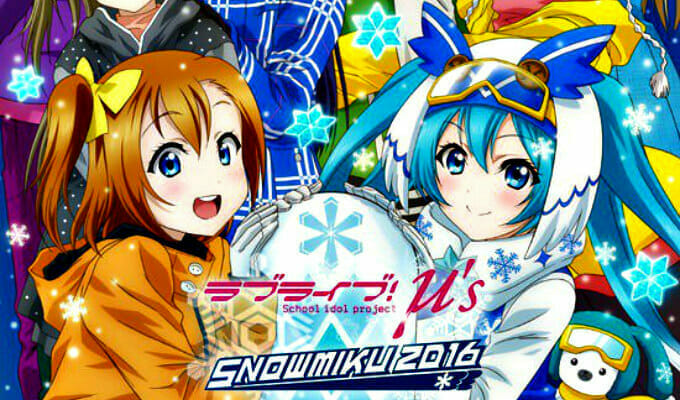 This winter, the world is μ’s.

Crypton Future Media announced that Hatsune Miku will be sharing the spotlight during this year’s Sapporo Snow Festival. Members of Love Live! idol group μ’s will join the digital diva in a collaboration planned for the Snow Miku 2016 celebrations.

As part of the festivities, snow sculptures of μ’s members will be erected along with the annual Snow Miku sculpture. New artwork, like the piece below, will be produced to promote the event. 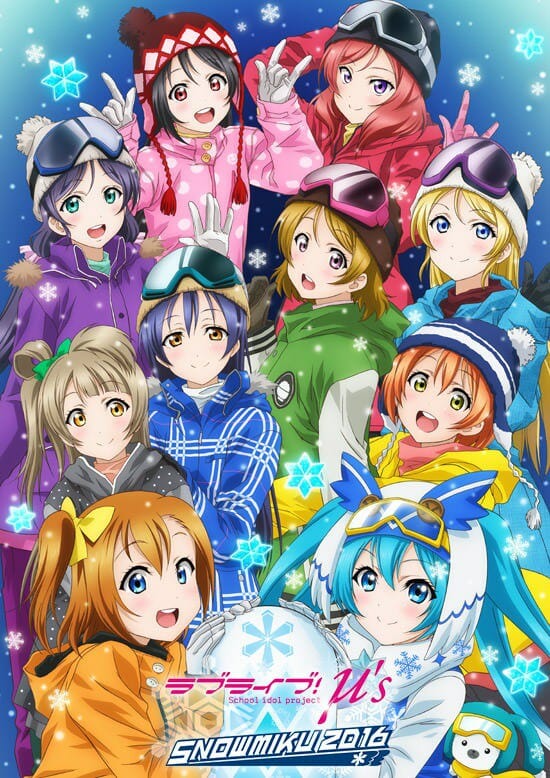 Further details on the collaboration, including the availability of merchandise and other festivities, will be announced closer to the event.

This year’s Sapporo Snow Festival will run from February 5 through February 11 in Sapporo’s Odori Park. Crypton Future Media, which is based in Sapporo, has sponsored the event since 2010. The first Snow Miku sculpture hit appeared at the 2012 festival. Since then, it’s become a fixture that continues to grow in size and popularity each year.

Last year, the analog-yet-frosty diva was accompanied by two other sculptures. A partnership with Aniplex saw Madoka Magica‘s Kyubey appear in a wintry sculpture. μ’s also made an appearance, with Honoka, Umi, and Kotori appearing as a chibi snow sculpture. 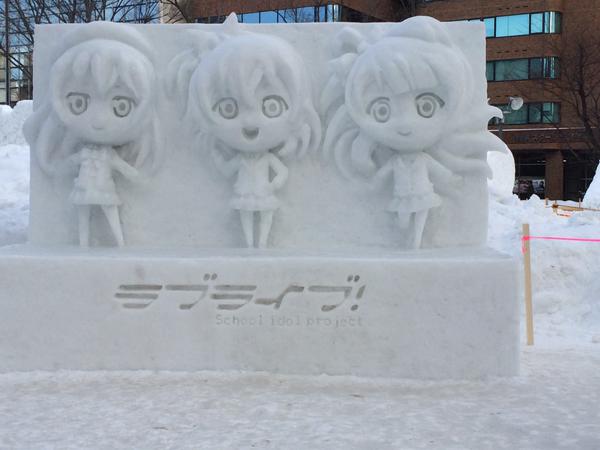 This year’s Snow Miku theme is “Snow Owl Miku”, which sees the virtual idol donning a white and blue parka, with a feathery hair accessory and ski goggles. 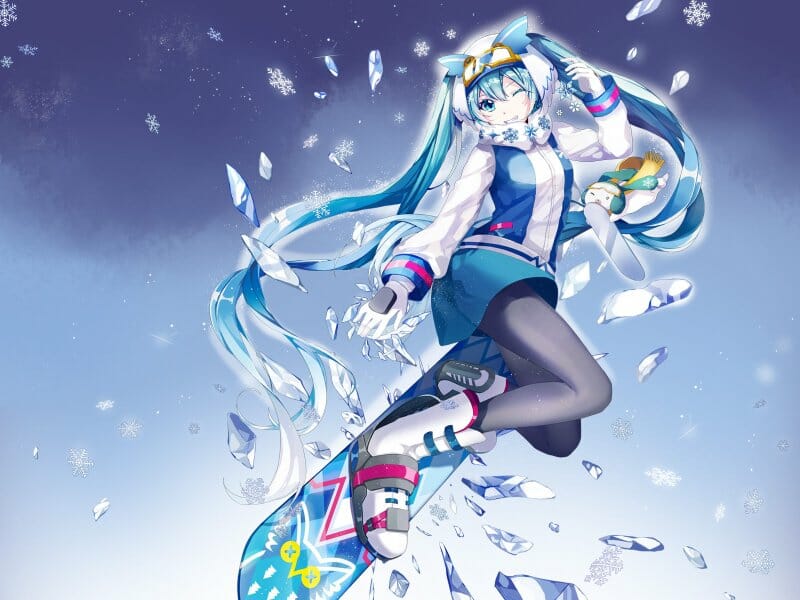 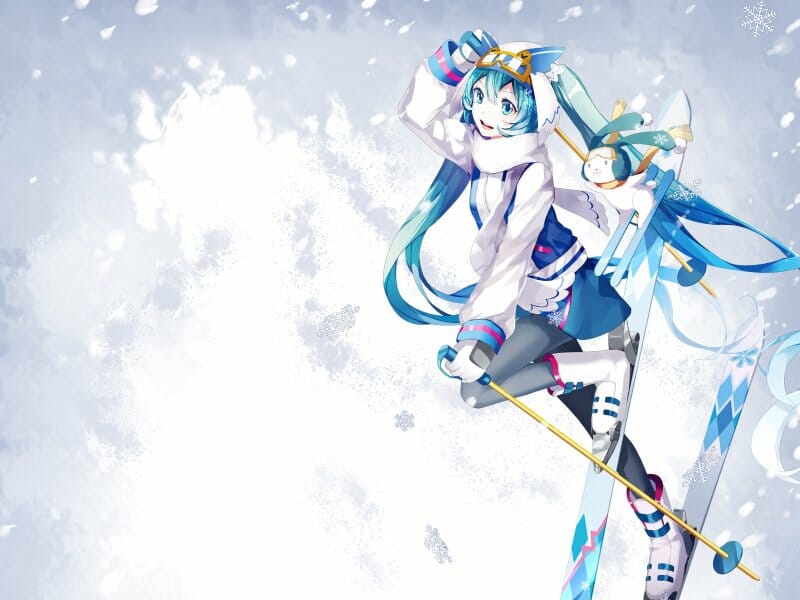 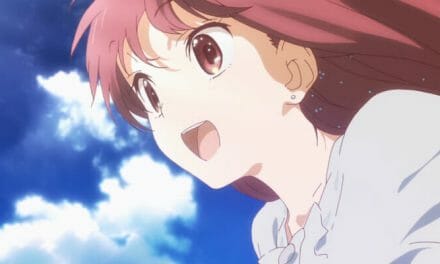 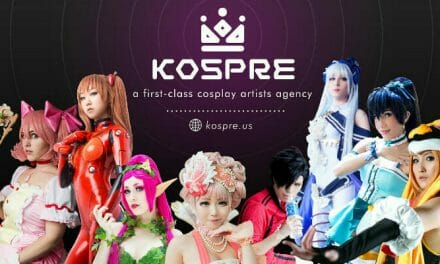