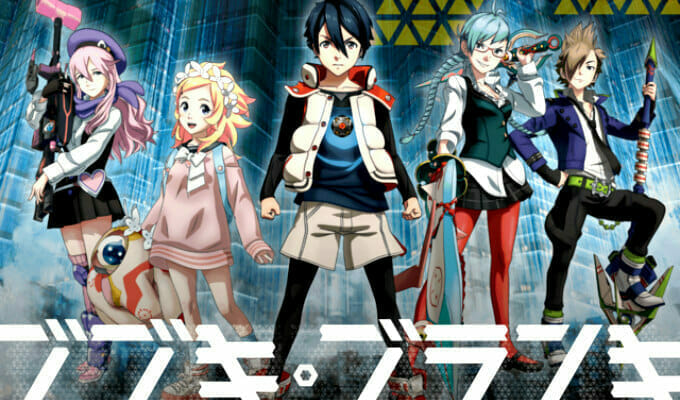 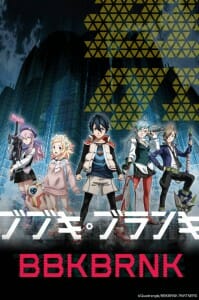 Last night, Crunchyroll announced that they’ll stream BBK/BRNK (Bubuki Buranki) on their digital platform. The series kicked off on January 9 at 7:30AM Pacific (10:30QM Eastern), with new episodes being added weekly. The title will be available to subscribers in all regions except for the following:

BBK/BRNK is an original series from SANZIGEN Animation Studio (009 Re:Cyborg, Arpeggio of Blue Steel). The series is being directed by Daizen Komatsuda, with Yuusuke Kozaki (Intrigue in the Bakumatsu – Irohanihoheto) providing character designs. Jirō Ishii (Under The Dog) is in charge of series composition.

In the world of BBK/BRNK, It’s been ten years since Azuma Kazuki has been in Japan, and upon his arrival he is taken prisoner by a group of armed men. Azuma is saved by his childhood friend, Kogane Asabuki, thanks to a living weapon she wields on her right hand, known as a Bubuki. Learning about these weapons, Azuma becomes a Bubuki wielder himself and sets out on a journey.