Tags: crunchyroll, simulcasts, this boy is a professional wizard

Are you a professional wizard? No? Well this boy is! 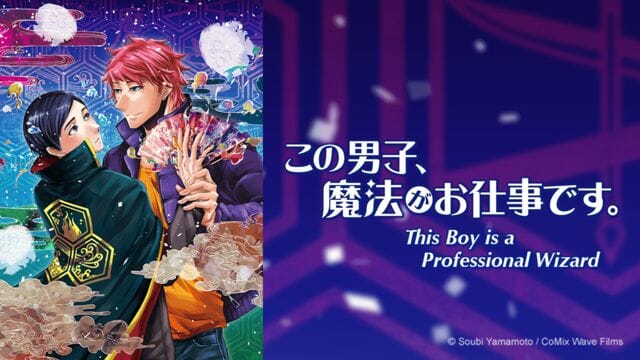 Crunchyroll announced that they will stream This Boy is a Professional Wizard (Kono Danshi, Mahō ga Oshigoto Desu.) on their digital platform. The series will begin streaming for premium members on February 5, at 8:50AM Pacific (11:50AM Eastern). The title will be available to viewers in all regions outside of Japan.

This Boy is a Professional Wizard is an original project from CoMix Wave. Soubi Yamamoto (Meganebu!, This Boy Can Fight Aliens!) is directing the project, while Shouta Aoi composes the music.

Crunchyroll describes This Boy is a Professional Wizard as follows:

Chiharu is the wizard in charge of the magical crisis counter-measure division. His days are stressful until he meets Toyohi at his favorite bar, and the two hit it off. The two begin a budding relationship, until an accident at work causes Chiharu to devote more time to his work, and begin to push Toyohi away.

The title is part of an omnibus project by CoMix Wave, which will feature three short-form shows, all of which are slated to air on the Ultra Super Anime Time block. The first work, Tabi Machi Late Show was a four-episode series that began airing on January 8. The final entry, Kanojo to Kanojo no Neko: Everything Flows- hits Japanese TV in March.