What would you do to change the past…?

Earlier today, news broke that Ichigo Takano’s Orange is getting an anime adaptation. The series will be directed by Hiroshi Hamasaki (Steins;Gate, TerraFormars) at TMS Entertainment and Telecom Animation Film. Yuko Kakihara (Chihayafuru 2, Undefeated Bahamut Chronicle) is in charge of series composition, while Nobuteru Yuki (Vision of Escaflowne, Kids on the Slope) provides character designs. 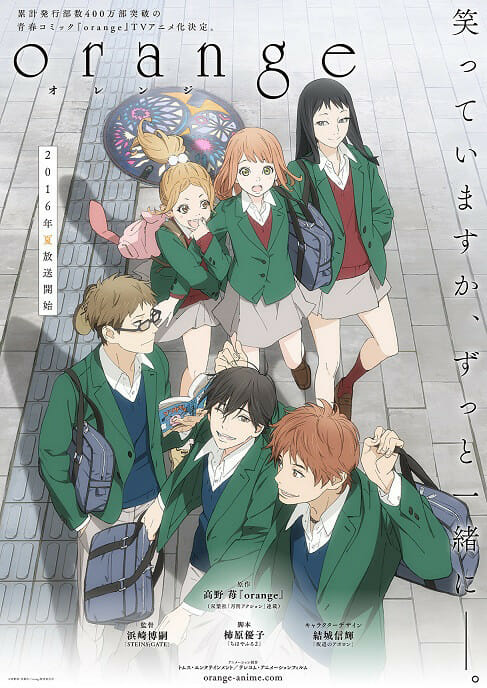 Ichigo Takano’s manga ran in Bessatsu Margaret and Monthly Action magazines from 2012 through 2015. The fifth and final volume hit retailers last November. To celebrate the news, though, Manga Action will run a special edition one-shot in their April issue.

Crunchyroll currently carries the Orange manga on their digital platform. They describe the series as follows:

“What can I do now to prevent a future without Kakeru?” In the spring of my second year of high school, I received a letter from “myself”, ten years in the future. It urged the 16-year-old me to take action so I wouldn’t have the same regrets…

Crunchyroll To Simulcast Konosuba -God’s blessing on this wonderful world! 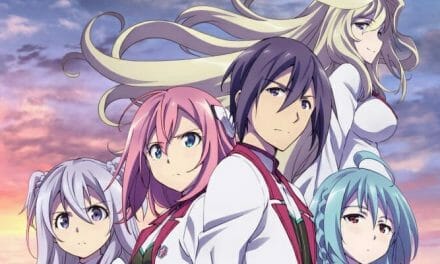