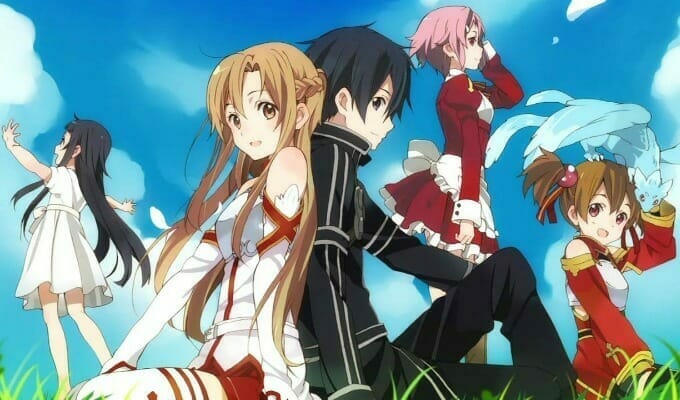 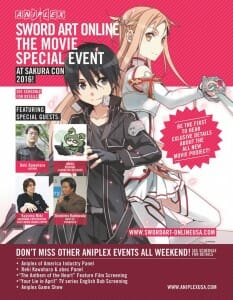 Sakura-Con’s returning to Aincrad with a little Sword Art love!

Earlier today, Aniplex of America announced that they will host a special fan event at Sakura-Con 2016. The panel, dubbed the “Sword Art Online The Movie Special Event,” promises to release exclusive details on the upcoming Sword Art Online movie project. Series creator Reki Kawahara and original character designer abec will be at the event, with abec hosting a live-drawing demonstration.

The Sword Art Online was first announced on October 4, 2015 at the Dengeki Bunko Autumn Festival. Tomohiko Itō is directing the feature at A-1 Pictures, with character designs by Shingo Adachi. Series creator Reki Kawahara is penning the film’s story.

Aniplex released a 90-second teaser for the project in October 2015. You can check it out below:

Source: Facebook (SwordArtOnlineUSA) Thanks, L.B. Bryant for the tip!