It’s the second promo for the third episode, but it’s the first time it’s hit the web!

An English-dubbed trailer was also released, which you can check out below:

Yoshikazu Yasuhiko and Takashi Imanishi will return to direct the title at Sunrise. The episode will receive a two-week theatrical run in 15 theaters across the nation, which will kick off on May 21. Advanced ticket sales will begin at select theaters on March 5. Fans who purchase the 1,900 yen ($16.81 USD) pre-order will also receive a free PET bottle holder.

An advance screening event will be held at Kanagawa Kenmin Hall on May 8. Series author Yoshikazu Yasuhiko, as well as the four main voice actors will attend the event for a talk show.

In addition to the trailers, a new visual for the project was released, which you can check out below: 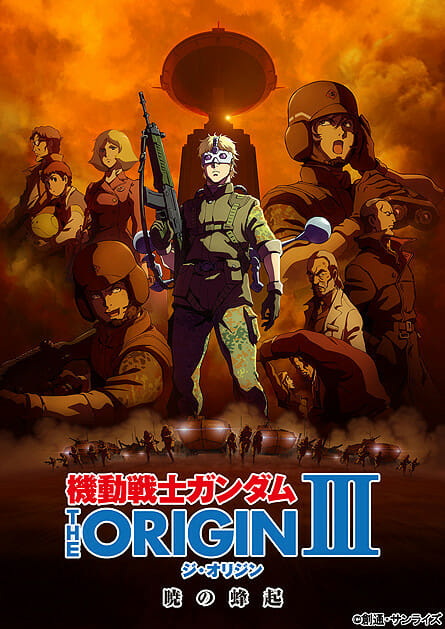