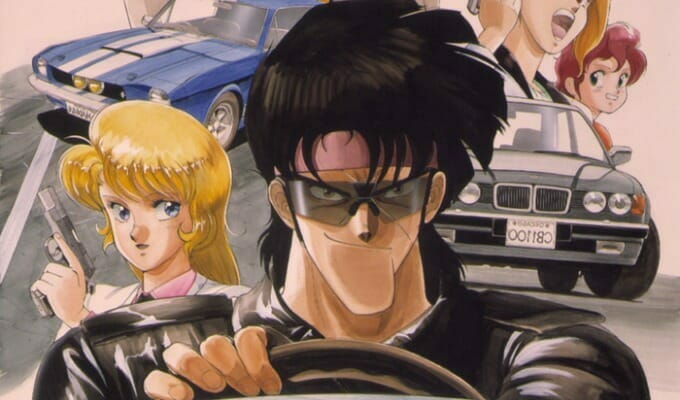 Welcome to another fun-filled AniWeekly! It’s been a week of surprises, from an unexpected Ghost in the Shell cast addition, to a new trip to the world of Cardcaptor Sakura. There truly was something for everyone, so joins us as we take a look at the best last week had to offer!

Before we begin, we’d like to extend a huge “Congratulations!” to AnimEigo for crushing their Kickstarter funding goal! The company launched a campaign to produce a Blu-Ray edition of anime classic Riding Bean. Within two hours, the Kickstarter not only reached its $30,000 goal, it also earned enough to break through the first of several planned stretch goals!

A truly epic vision! On the note of crowd-funded campaigns, Funimation’s Escaflowne Kickstarter reached its goal, as well! The campaign currently sits at $191,504 with 24 days remaining.

Sweet, with a dash of shocking! An anime adaptation of Gido Amagakure’s Sweetness and Lightning is in the works! The series will be directed by One Week Friends director Tarou Iwasaki at TMS Production. 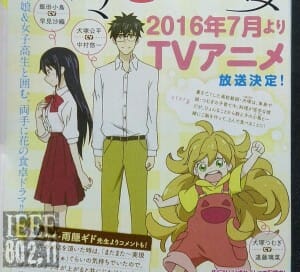 Steppin’ to the Beat (Takeshi)! Paramount announced that Beat Takeshi is joining the Ghost in the Shell live-action film. The famed actor will play the role of Section 9 chief Daisuke Aramaki.

Capturing cards like it’s 1998! Manga group CLAMP is returning to Cardcaptor Sakura with a new one-shot, due to hit Japan’s Nakayoshi magazine.

So good, your heart might skip a beat! Pied Piper Inc. launched an IndieGoGo campaign to produce a dub for Skip Beat!. In its first five days, the project has managed to reach $19,564 of its funding goal.

The few, the proud, the Witches. After what feels like an eternity, we have confirmation that Brave Witches, a spin-off to Strike Witches, is in the works! The project, which was first teased in 2013, will hit Japanese TV this year.

Why? Just why? Media Blasters announced that they will release Rio – Rainbow Gate! on Blu-Ray. The series will ship with an English dub, which is being produced by Sound Cadence Studios and Fever Dreams Sound Factory.

Expanding the world of DanMachi. The official Is It Wrong to Try to Pick Up Girls in a Dungeon? Sword Oratoria website announced that the title will receive an anime adaptation. 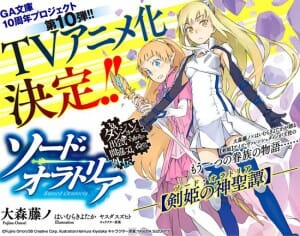 A trip down memory lane. Fans who were around in the days before simulcasts became the norm are no stranger to the world of fansubs. Oh, don’t look at me like that. It was that shared dirty little secret, that even ADV acknowledged. Anyway! That said, fansubs evolved a lot through their history, from crudely copied VHS tapes, to fully featured video files with custom soft subtitling. Blogsuki takes fans for a trip on a trip down memory lane, as they present a visual history of the underground world of fansubs. Just be warned, some of the images are definitely not safe for work!

AWO Time! A new episode of the Anime World Order podcast hit the web, albeit on a more “raw” level. No edits were made this time around, which means that it’s AWO uncut, mic pops, dead air, and all.

Disappointment comes part and parcel in this business. Lauren from Otaku Journalist talks about that crushing disappointment that seems to come from those around us as we chase our dreams. It’s a fact of life, that becomes especially apparent as that glassy “I don’t get it, I don’t care” look creeps over the faces of your friends and loved ones. Still, that shouldn’t deter you from chasing your dreams, and trying to make them come true.

IAMA… Dark Lord who makes wallets weep! Right Stuf CEO “Dark Lord” Shawne Kleckner took to Reddit’s r/anime subreddit to discuss everything, from the Gundam license, to why some shows don’t make it to Blu-Ray. It’s a fascinating read, for sure!

A classic… told with TANKS!

YouTuber ILLHYHL021 managed to put together an industrial symphony of sounds from Girls und Panzer, to create a rendition of Ode to Joy. It’s quirky, but it works surprisingly well.