Media Blasters Adds “My Wife Is The Student Council President!”

Tags: acquisitions, media blasters, my wife is the

Earlier today, Media Blasters annoucned that they acquired the domestic rights to My Wife Is The Student Council President (Okusama ga Seitokaichō!). The series will hit stores this summer, with an English dub.

Liberate your love with our newest acquisition, My Wife is the Student Council President-coming this summer! Teaser: pic.twitter.com/bCNGNmER2I

As of press time, the company hasn’t confirmed whether the show will be released on DVD or Blu-Ray. 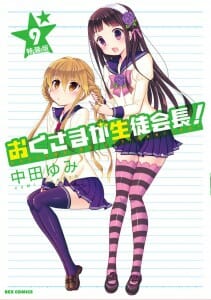