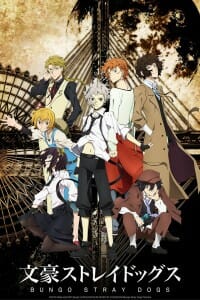 The stray dogs are on the prowl, and they’re ready for action and… literature?

Earlier today, Crunchyroll announced that they will stream the Bungō Stray Dogs anime series on their digital platform. The series kicks off on April 6 at 10:35AM Pacific (1:35PM Eastern) for all subscribers outside of Asia. New episodes will be added on a weekly basis.

In the virtual city of Yokohama are individuals bearing the name of Bungo, “literary masters,” who possess unusual powers likened to that name. Now begins the battle between the mysterious Bungo powers!

Several character visuals, as well as a promotional video have been released to promote the series. You can check these out below: