The Ishibashi Brothers are ready to make their grand appearance… or get shot down again by Kyoko. Dealer’s choice. 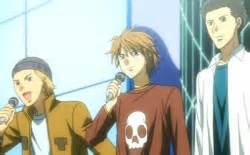 Justin Sevakis is in charge of DVD and Blu-Ray authoring, menu design, and video upscaling on the project.

How to identify and evaluate unlicensed titles? I’d been having conversations with Time of EVE backers and talked with several of them about my predicament. Five of them joined me as Project Curators to scout out new titles, and so they sent me a stream of ideas. My next step was to contact the rightsholders. I got many, many rejections, which gave me the chance to refine my pitch. So I was in a much better position when I met with TV Tokyo. I saw “Skip Beat!” in their catalog, and my jaw dropped.
To be honest, it wasn’t my ideal title simply because 25 episodes increases the costs on all fronts – licensing, dub, authoring, and manufacturing. It is a huge risk. I was looking for a smaller-scale title. But, Kyoko is all about guts. I love the title, and decided to go for it. 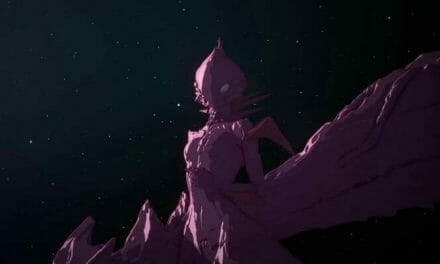