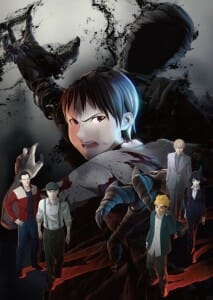 The Demi-Humans are ready to return for one more installment.

The latest volume of Gamon Sakurai’s Ajin: Demi-Human manga revealed that the series is getting a second anime season. The new episodes are slated to hit Japanese TV in October.

Netflix currently holds the global streaming rights to Ajin – Demi-Human. The title streamed on Netflix’s Japanese service as the show aired. The series hit regions outside of the home market last month.