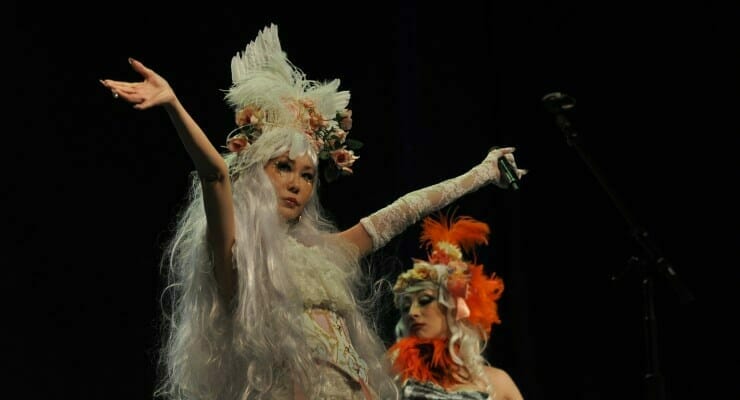 For those of you unfamiliar with Ali Project, it’s a two-piece progressive rock band formed by vocalist and lyricist Arika Takarano, and violinist Mikiya Katakura.

Before I introduce you to Ali Project, though, permit me some reminiscing. There was a time when the edge of the progressive rock movement could have placed you in the court of the Crimson King:

or perhaps in the Siberian Khatru:

Progressive rock holds a special place in my heart, so I was pretty excited to see Ali Project live. Their set featured a number of the group’s hits, including Watashino Barawo Kuminasai:

And my personal favorite, Kyomu Densen:

What struck me most about the concert wasn’t the music, though I did enjoy it. Rather, it was the professionalism and production quality. In addition to the two lead performers, there were four… I was going to say “dancers,” but I think “models” is a more accurate description. They certainly danced and performed, but I couldn’t shake the feeling that they belonged on a runway. More on that in a bit. 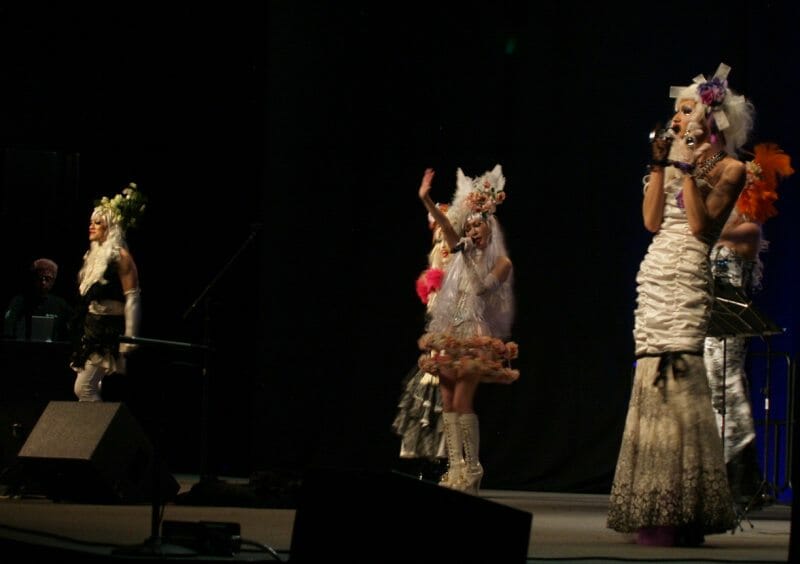 The entire concert had the feel of military precision. though this was only their second US performance, Takarano and Katakura have been doing this for decades. Much has been made about the stylistic change from White Alice to Black Alice.

For the uninitiated, White Alice is the Lolita fashion that has its roots in Alice in Wonderland, as well as Snow White. As with most Lolita fashion styles, lace and gowns were common, as were blue and red highlights. The most important color to maintain the theme, though, is white. In the case of Ali Project, this is a good example: 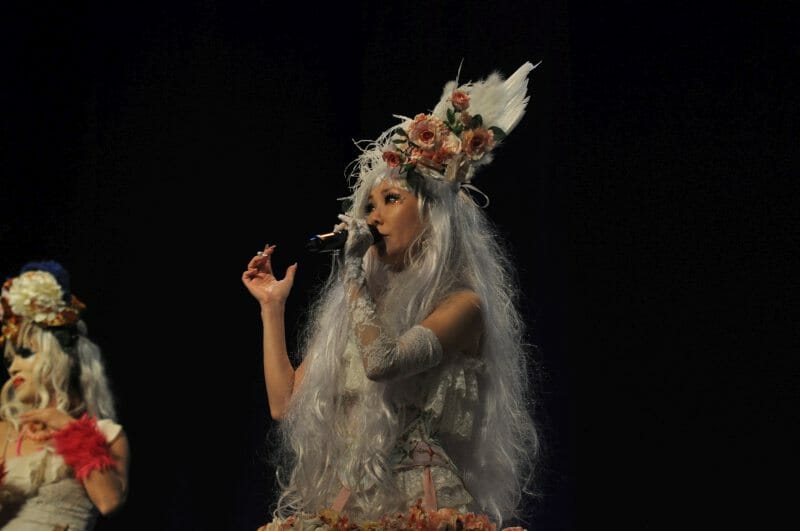 Black Alice saw its rise when Gothic Lolita hit Harajuku in the 1990s. Multiple brands offered their take on it, and the style went mainstream fairly quickly. 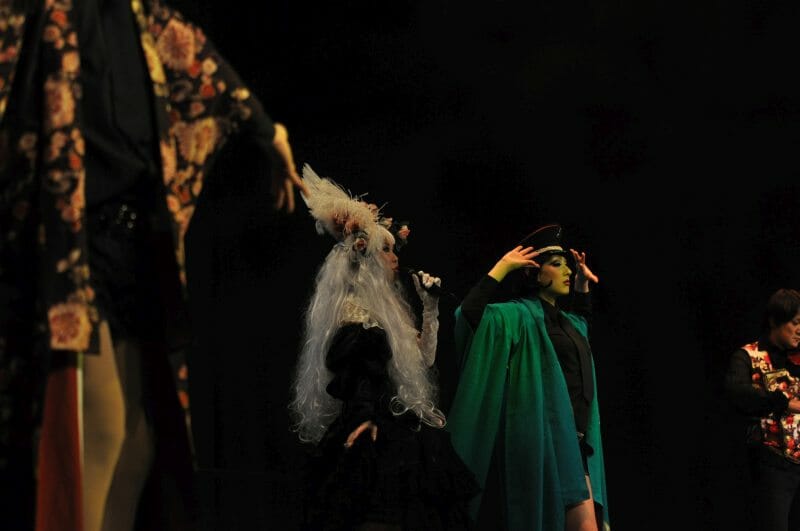 The Gothic Lolita outfits were a treat to behold. When I asked Takarano about them, she explained that they were co-designed by herself and KAIE of Triple Fortune (pronounced Kai-e).

Takarano divulged that both of her parents were painters (artists). That was the career path she foresaw for herself, until she saw Akiko Yano perform with Yellow Magic Orchestra. It might have been at their 1980 performance at the Budokan.

Takarano adores the cosplayer community, and particularly enjoys some of the more grotesque outfits.

If you ever want to make Takarano smile, I’d recommend asking her about her work with manga artist group CLAMP. She is very happy that so many people have been able to hear her music via anime. Code Geass is one such example:

And I’d be remiss for not mentioning Noir: 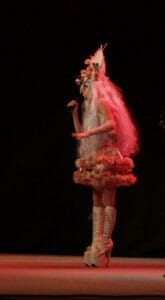 Takarano was impressed with how excited the audience was. She wasn’t sure what to expect, and was pleasantly surprised. She and Katakura are still deciding on the theme for their next album. They’ve done some of the work on it and expect to be finished with it in December. After that, they want to think about what they should do for their 30th anniversary. The two released a large compilation for their 25th anniversary, so they might do something a little different this time.

In addition to her music, Takarano enjoys designing fashion, especially small accessories. While the music is always most important, she considers fashion a critical part of Ali Project’s concerts. She also wanted me to share that she enjoys watching sumo wrestling.

I want to apologize to anyone looking for some insight into Mikiya Katakura, but the Q & A session was only with Takarano. For those of you who like to pick up some of Ali Project’s music, you can find their work on Amazon or CDJapan. They have quite a discography.