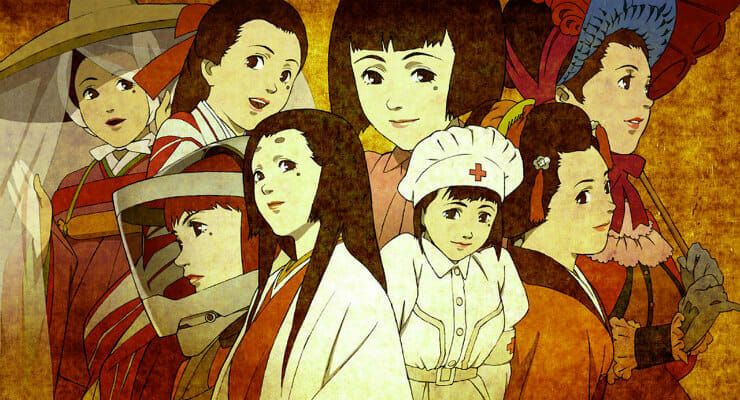 A timeless classic is now available for free!

Millennium Actress is a 2001 film from late director Satoshi Kon (Perfect Blue, Paprika) and Madhouse. Kon had a hand in both the character designs and screenplay for the feature. He collaborated with Sadayuki Murai (Boogiepop Phantom, Steamboy) for the script, and worked with Takeshi Honda (Blue Submarine No. 6, Den-noh Coil) to design the characters. Susumu Hirasawa (Paprika, Berserk) scored the soundtrack. 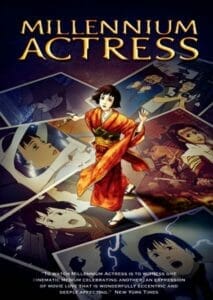 Paramount describes the film as:

Following up on his highly acclaimed animated psychological thriller Perfect Blue, Satoshi Kon spins this mystery about a documentary filmmaker and a legendary actress. In honor of Gin Ei studios 70th anniversary, a small production house run by Genya Tachibana is selected to make a commemorative documentary. Genya decides to focus his film on actress Chiyoko Fujiwara, a massive star who at the height of her popularity retreated from public life. Accompanied an eager young cameraman, Genya doggedly tracks her down to discover her living a hermit-like life of charmed isolation. He also learns that in spite of her advanced age, she has lost little of her famed charm or elegance. As he interviews her, Genya learns of Chiyoko’s troubled past and eventually the reasons for her sudden retirement.