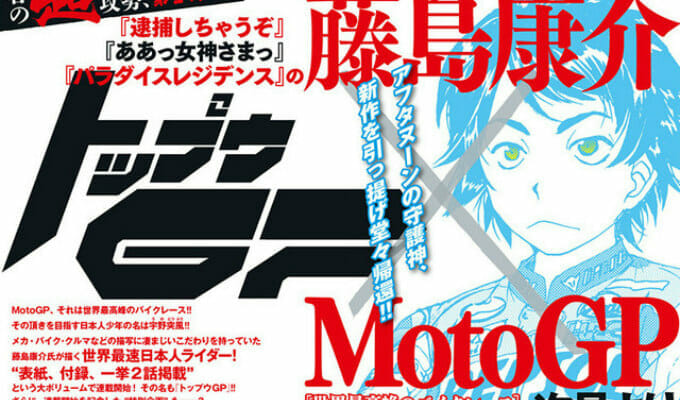 You’re not under arrest, and that’s not a goddess you’re looking at. It’s the open road, from atop a motorcycle. 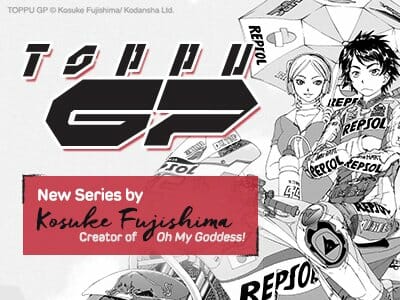 Each chapter is priced at $1.99. The third will hit on June 24, the same day as its Japanese publication.

From the creator of Oh My Goddess! and Paradise Residence, Kosuke Fujishima brings us the story of Toppu Uno, a Japanese boy who is aiming for MotoGP, the “world’s top motorcycle race.” Featuring “obsessively accurate depictions” of mechanical equipment, motorcycles, and cars, it has the “full cooperation” of industry luminaries in Japan. Toppu GP is currently running in Afternoon Magazine.

Kodansha released a few preview pages for the series, which you can check out below:

Fujishima’s most popular work, Ah! My Goddess, ran in the pages of Monthly Afternoon from September 1988 through April 2014. The title spanned 308 chapters, which were collected into 48 volumes. Ah! My Goddess received four anime adaptations:

Dark Horse released the Ah! My Goddess manga, as well as part of the Your Under Arrest! manga in North America.

Fujishima also provides character designs for the Tales of video game franchise. He is lending his talents to PlayStation 4 and PlayStation 3 title Tales of Berseria, which hits Japanese retailers on August 18.