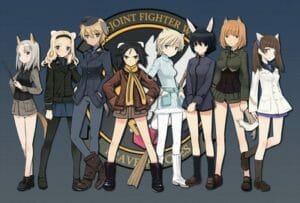 Meet the brave souls who are leading the charge in the War On Pants!

The news was announced at the “Take Off” fan event at Tokyo’s Yakult Hall. In addition, singer Yoko Ishida revealed that she will perform the opening theme for Brave Witches.

Rough Translation: We need to RT this. It was just announced today, that I will also sing for the 502 Brave Witches! Also, we all can fly. (=´∀｀)人(´∀｀=) Thanks for your support, everbody. m(_ _)m 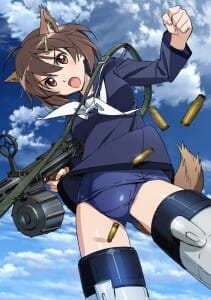 Brave Witches will begin airing this fall. The show is a spinoff of Strike Witches, which focuses on the 502nd “Brave Witches” Joint Fighter Wing squadron. Strike Witches director Kazuhiro Takamura will return to direct the series at Silver Link, while also filling the role of character designer. Striker Unit is credited with series composition, while Humikane Shimada is listed as original character designer.

A promotional video for Brave Witches hit the web in February, which you can check out below.