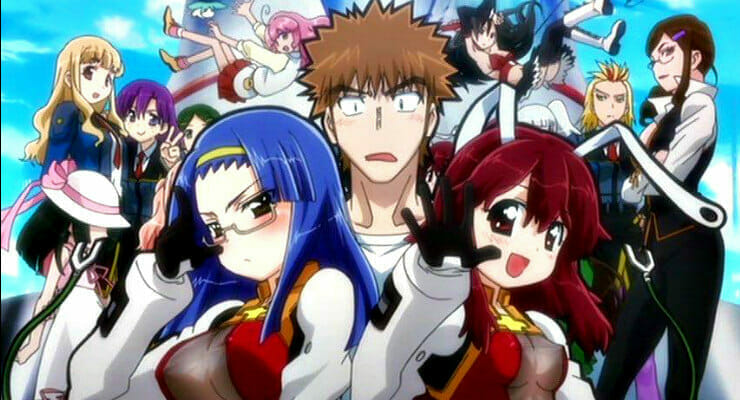 Did someone call for a Charger Girl?

Additional voices on the project include:

Brittany Lauda is directing the adaptation with assistant director Matt Shipman. The two will also write the show’s dub scripts, with Shipman serving as lead ADR Writer. Justin Ramos will serve as ADR Engineer on the project. John Sirabella is attached as executive producer, while Carl Morano serves as producer.

Brittany Lauda was in charge of the dub’s casting.

Last year, we reported that Brittany Lauda was cast as Plug Cryostat. In August, Crunchyroll revealed that they will stream the dubs for both Charger Girl Juden-chan and Ladies Versus Butlers!.

The series is currently available in subtitled format on Crunchyroll. The company describes the show as:

Sadness be gone! Though depressed people are scattered across the world, there are those from a parallel world who are here to help. Known as Juden-chan, these busty ladies use their special powers to charge up the mentally dejected and earn a living in the process. While Aresta and Plug are performing their Judan-chan duties, they discover a boy named Sento. Unlike most humans, Sento can actually see them!

Media Blasters released a dub teaser for Juden-chan in July 2015. You can check this out below: