Yesterday, Crunchyroll announced their initial streaming lineup. In addition to re-confirming Berserk and ReLIFE, the company will offer the following on their digital platform:

As of press time, Crunchyroll has not confirmed specific premiere dates or streaming schedules for any of the announced titles.

91 Days is an original series from studio Shuka. Hiro Kaburaki (Kimi no Todoke, My Little Monster) is helming the project, which features character designs by Tomohiro Kishi (My Little Monster). Taku Kishimoto (ERASED, Haikyu!!) is in charge of series composition.

The series is slated for a July 8 premiere on the MBS’s Animeism programming block.

Alderamin on the Sky is based on Bokuto Uno’s light novel series of the same name. Tetsuo Ichimura (Ane Log) is directing the series at Madhouse, with Kunio Katsuki (Aoi Bungaku Series) providing character designs. Shogo Yasukawa (Food Wars! Shokugeki no Soma, Terraformars) is in charge of series composition.

The title will debut on Japanese TV on July 8.

The show is slated for a July 12 premiere on Japanese TV. 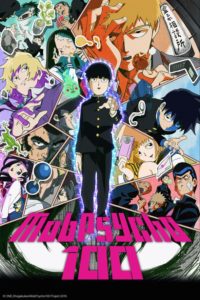 Mob Psycho 100 is based on ONE’s (One-Punch Man) manga of the same name. Yuzuru Tachikawa (Death Parade) is directing the series at studio BONES, with Yoshimichi Kameda (Paroru no Miraijima) providing character designs. Hiroshi Seko (Ajin – Demi-Human, Seraph of the End) is in charge of series composition on the project.

The series is slated for a July 12 premiere on Tokyo MX.
Orange is based on Ichigo Takano’s manga of the same name. Hiroshi Hamasaki (Steins;Gate, TerraFormars) is helming the project at TMS Entertainment and Telecom Animation Film. Yuko Kakihara (Chihayafuru 2, Undefeated Bahamut Chronicle) is in charge of series composition, while Nobuteru Yuki (Vision of Escaflowne, Kids on the Slope) provides character designs.

The series is slated to debut on July 3 on Tokyo MX, AT-X, BS11, and TV Aichi. ABC will begin airing the show on July 6, while TV Shinshu will begin running it on July 14.

Sweetness and Lightning is based on Gido Amagakure’s manga of the same name. The series is being directed by Tarou Iwasaki (One Week Friends) at TMS Entertainment, with Hiroki Harada (Romeo x Juliet, Yu-Gi-Oh!! Zexal) providing character designs. Mitsutaka Hirota (The Prince of Tennis II, Samurai Jam -Bakumatsu Rock) is in charge of series composition.

Sweetness and Lightning will begin airing on Tokyo MX and Yomiuri TV on July 4. Crunchyroll is currently publishing the manga series as chapters run in Japan.

Taboo Tattoo will air on three networks, with Tokyo MX hosting the premiere on July 4.