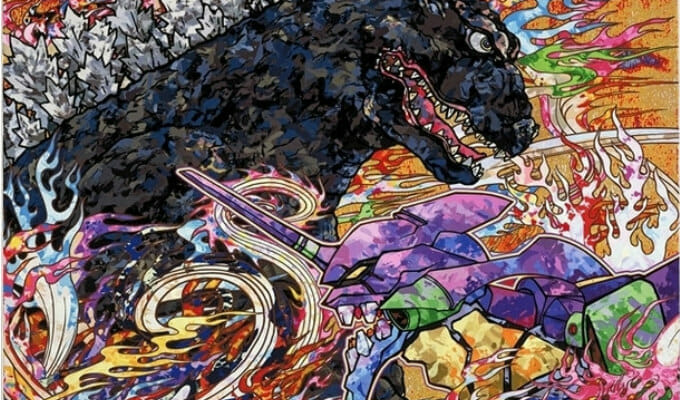 For purposes of discussion, we’ll now be calling this article “SuperEva.”

Next month, the legendary kaiju will again rise from the seas of Japan. Godzilla Resurgence (Shin Gojira), which is being co-directed by Evangelion creator Hideaki Anno and Attack on Titan film director Shinji Higuchi, will hit Japanese theaters on July 29.

As part Toho has commissioned a series of promotional art pieces. These images feature fictonal battles between the legendary kaiju and Evangelion Unit 01. The most recent piece is a commission by renowned artist and father of the “superflat” movement Takashi Murakami. The piece is stunning, with Eva-01 and Godzilla squaring off against one another against a backdrop of swirling flames. 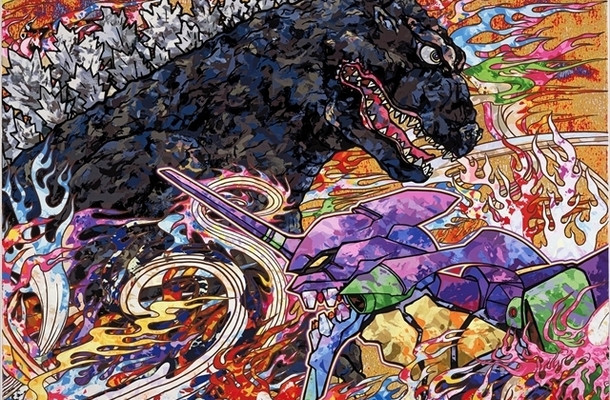 Murakami is a prolific artist, whose fingerprints have been seen both in fine art and pop culture, often blurring the line between the two. Murakami coined the term “Superflat”, which is describes the aesthetic characteristics of Japan’s artistic traditions, as well as the nature of post-war culture and societies in Japan. His work covers a variety of mediums, and is known for its use of coloration, as well as its merging of traditional Japanese motifs with pop-culture iconography.

Time Magazine named Murakami one of the world’s 100 most influential people in 2008. He’s held numerous exhibits, including shows at the Palace of Versailles.

In addition to his visual art, Murakami has written numerous books including Summon Monsters? Open The Door? Heal? Or Die? and Superflat.

The visual will be offered on numerous goods at 7-Eleven, including pre-paid cards. Murakami’s work joins several other works, which you can check out below.

Mahiro Maeda has been in the industry since 1983. He began his career as an animator on the DAICON IV Opening Animation. He worked as an animator for numerous influential anime titles, including Nausicaä of the Valley of the Wind, Castle in the Sky, Royal Space Force: Wings of Honneamise, and Otaku no Video. 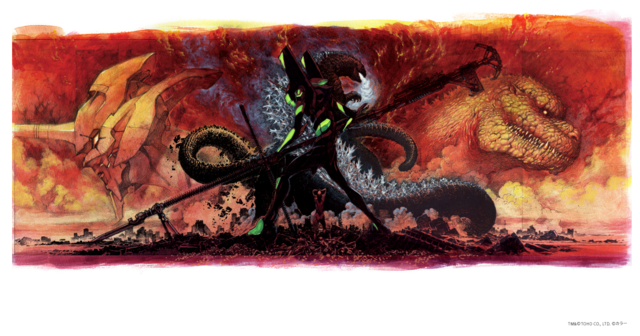 Yuji Kaida is intimately familiar with the world of kaiju. Kaida has contributed illustrations, designs, and packaging arts for Godzilla and Ultraman throughout his career. More recently, Kaida contributed designs to the 2014 Godzilla film. 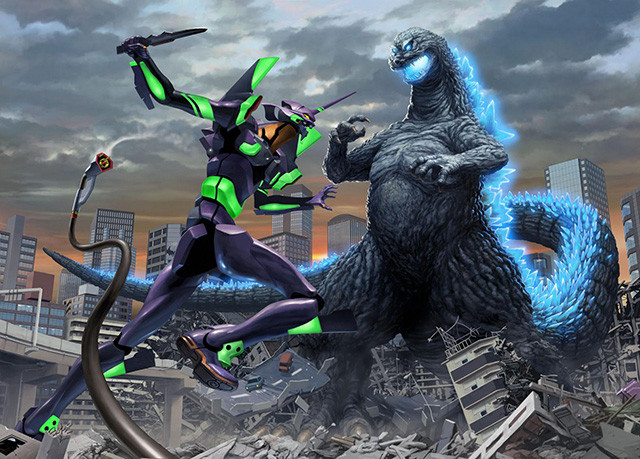 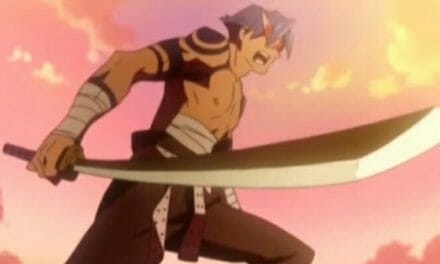 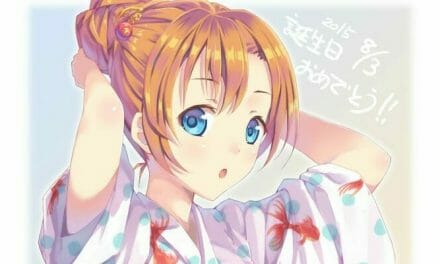 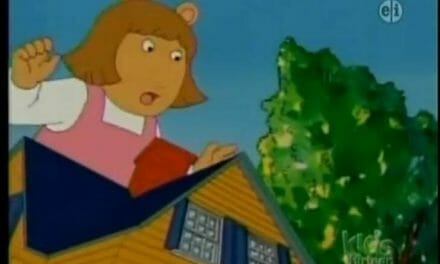