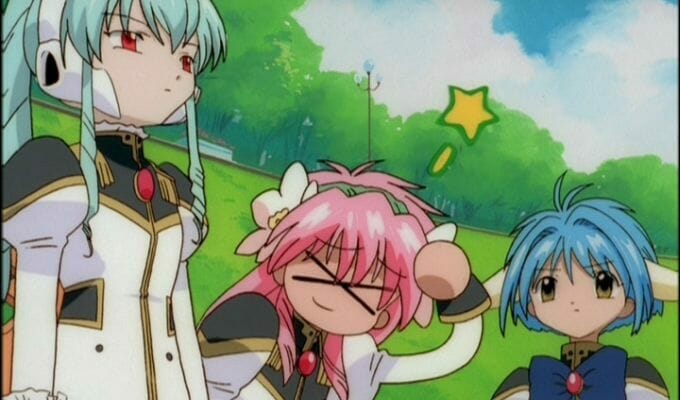 We’ve just received report that a group of emissaries from the Angel Brigade are on their way. Dejiko’s already in-studio with the news. 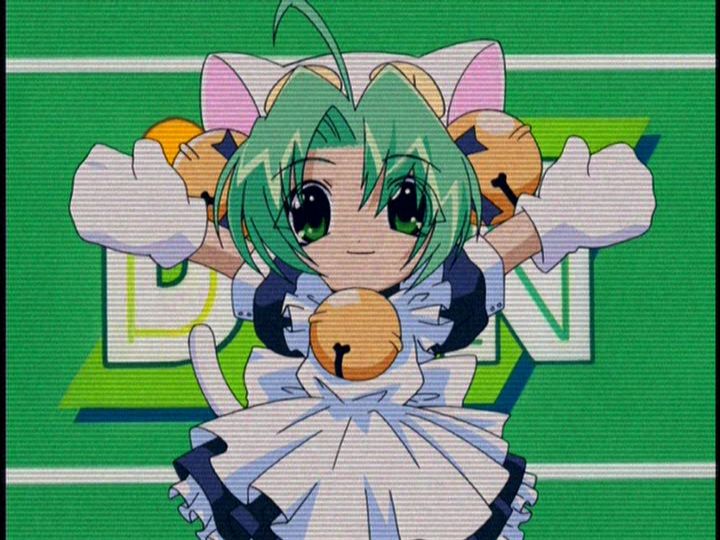 Earlier today, Nozomi Entertainment revealed that they acquired the domestic rights to Galaxy Angel. The company plans to release the series on Blu-Ray in 2017.

Galaxy Angel is a short-form comedy series, based on Broccoli’s visual novel series of the same name. The series, which hit Japanese TV in 2001, was directed by the team of Morio Asaka (Chihayafuru, Chobits) and Yoshimitsu Ohashi (Amnesia, Witchblade) at Madhouse, with Mariko Fujita (Blessing of the Campanella, Rosario + Vampire) providing character designs. Toshiki Inoue (Death Note, Ranma ½) was in charge of series composition on the project, while Hikaru Nanase composed the soundtrack.

Galaxy Angel was a success story for Broccoli, as the title spanned five TV series, the Galaxy Angel S TV special, and spinoff series Galaxy Angel Rune. In addition, the series received a trio of manga spinoffs, including an adaptation by Kanan (DiGi Charat) which ran in Comic Rush, Dragon Junior, and Dragon Age from 2001 through 2004.

The Angel Brigade, an elite branch of the Transbaal Empire military, are assigned to search for The Lost Technology, mysterious items from the past that hold unknown powers. Led by the soon-to-retire Colonel Volcott O’ Huey, the Angel Brigade travel to different planets using their specially designed Emblem Frame ships to search for Lost Technology. Unfortunately, they often mess up somehow and end up getting into all kinds of awkward and troublesome situations.

Editor’s note: (Yes, we’re seeing this gag through to the end.) We now return you to “Milfeulle And Mother Milky Way.” 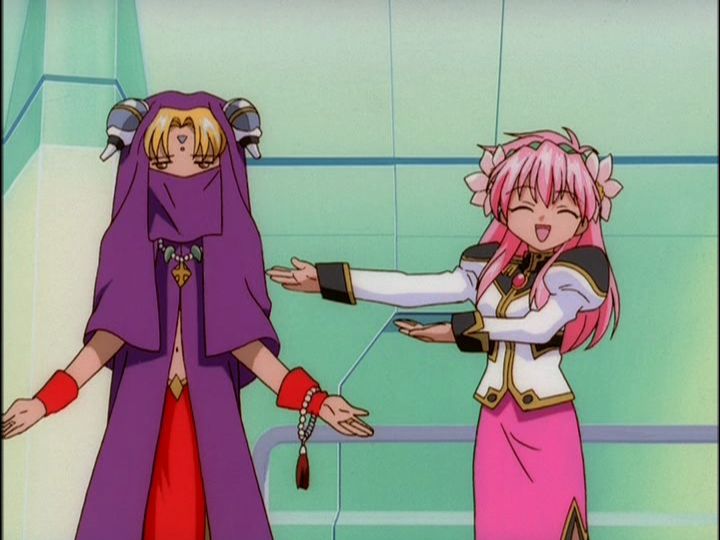