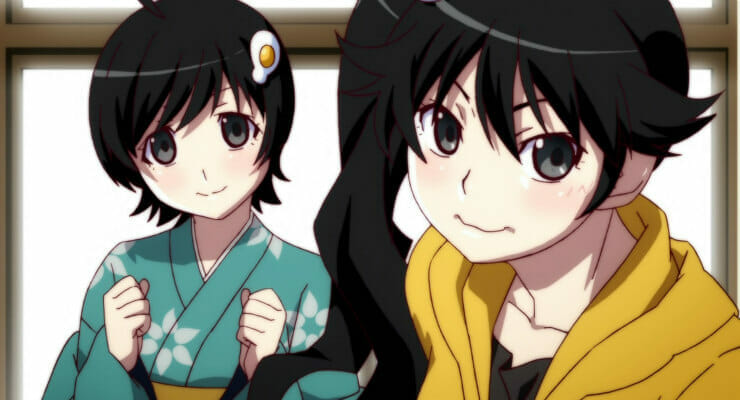 Before you ask, yes, this is the one with the creepy toothbrush scene. 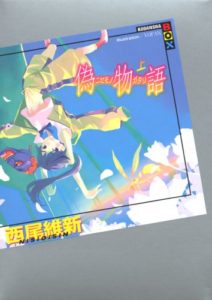 Earlier today, Vertical Comics announced that they acquired the domestic rights to the Nisemonogatari light novels. The first of two volumes is planned for an April 2017 release.

Nisemonogatari is the third entry into NisiOisin’s Monogatari series of light novels. Artist Vofan provided illustrations on the books, which were published by Kodansha in Japan. The two volumes were released as follows:

Aniplex of America currently holds the rights to the series in North America. Crunchyroll streamed the show as it aired in Japan, and describes it as follows:

In Bakemonogatari, the story centers on Koyomi Araragi, a third year high school student who has recently survived a vampire attack, and finds himself mixed up with all kinds of apparitions: gods, ghosts, myths, and spirits. However, in Nisemonogatari, we pick up right where we left off and follow Koyomi as the psychological twists delve deeper and deeper…