So, do you know the code?

Earlier today, the Qualidea Code anime website updated with a new promotional video. The two-minute teaser offers a look at the show in action, set to opening theme Brave Freak Out by LiSA.

Qualidea Code will hit Japanese TV on July 9. Crunchyroll will stream the series as it airs in Japan. 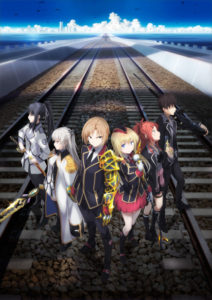 The series is a part of a broad multimedia project, which is being managed by five companies: