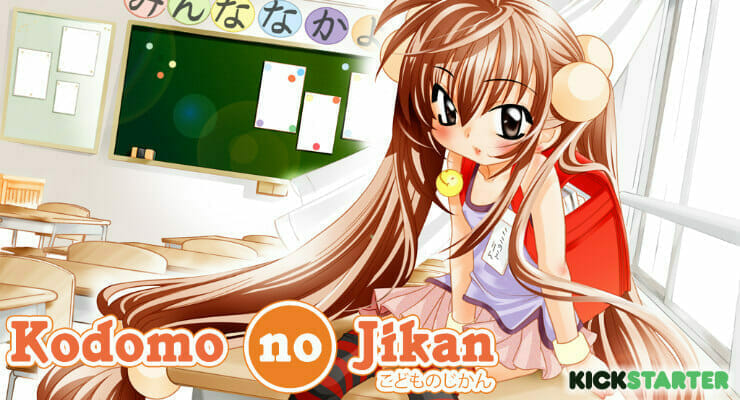 Earlier this week, Digital Manga’s Kickstarter to translate and release Kaworu Watashiya’s Kodomo no Jikan manga series completed with $185,725 in funding. A total of 974 backers contributed to the project, with an average contribution of $190.68 per backer.

The project met its first two stretch goals, which allows for the following:

Kodomo no Jikan began in the pages of Futabasha’s Comic High! magazine in May 2005. The series, which spanned 13 volumes, received an anime TV series in 2007, as well as three OVA titles.

The manga will be released under Digital Manga’s PeCChi imprint. They describe the series as:

Newly hired Aoki Daisuke becomes a teacher to a 3rd grade class after the previous quits. He thought teaching was going to be a breeze until he meets troublemaker Rin Kokonoe. Rin wreaks havoc on Daisuke’s job by attempting to seduce him. Due to Rin’s odd behavior, Daisuke decides to make a visit to her caretaker. Little does he know, Rin has a traumatic past hidden away behind her innocent face.
Kodomo no Jikan is a school life comedy by day, and a psychological drama by night. As Daisuke attempts to remedy the complex challenges his students face outside of school grounds, the reader is forced to ask oneself, is Rin really just an innocent child? Or was Daisuke the innocent one after all?

Seven Seas previously licensed the manga for publication under the title Nymphet. They canceled their plans for release, though, due to the title’s controversial content.