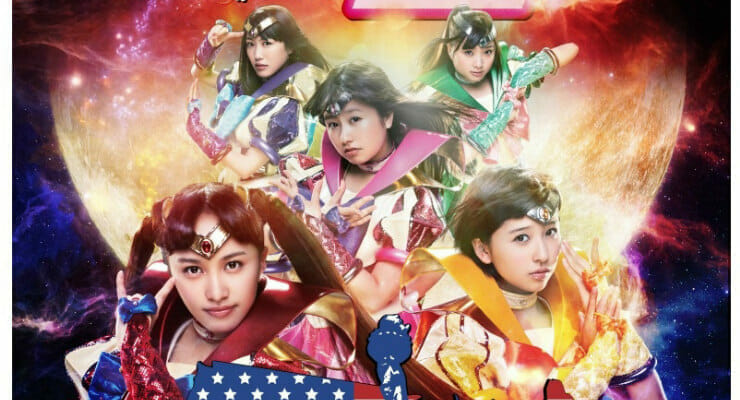 After getting their Artpop on with Lady Gaga and sharing the stage with rock legends KISS, Momoiro Clover Z are taking a trip back to America!

Yesterday, idol group Momoiro Clover Z announced that they will return to the United States. The group will play a three-city “Trans-America Ultra Live Tour”, which will run from November 15 – 19. The confirmed venues include:

Each concert will offer a limited number of VIP tickets. Customers who buy these special passes will be granted access to an exclusive pre-show conversation with Momoiro Clover Z, titled Justice With Momoiro Clover Z. During the pre-show, the group will discuss their history, among other topics.

The group also released posters for each of the shows, which you can check out below:

In North America, though, Momoiro Clover Z is best known for their performance of Sailor Moon Crystal theme Moon Pride. The group also performed openings for a variety of anime titles that include Bodacious Space Pirates and Dragon Ball Z: Resurrection ‘F’.

Last year, the group performed at Anime Expo 2015 as a headlining act with KISS. The two groups released a collaborative single, Yume no Ukiyo ni Saitemina, in January 2015.

Source: Resonance Media (Thanks to L.B. Bryant for the tip!)