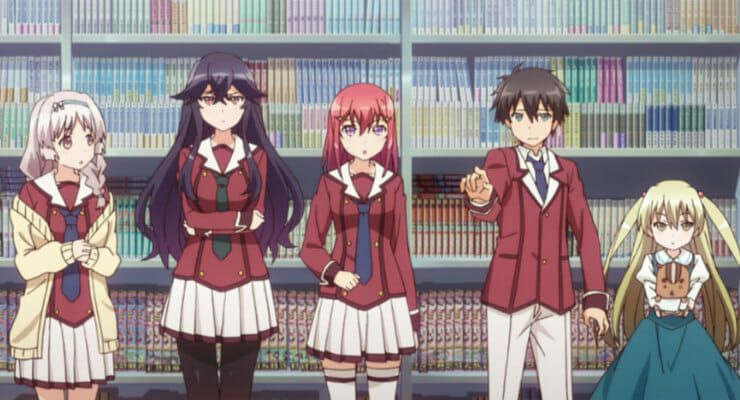 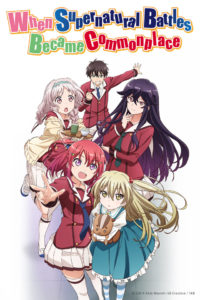 Sentai Filmworks will release When Supernatural Battles Became Commonplace on DVD and Blu-Ray on August 30.

When Supernatural Battles Became Commonplace is an original series from Trigger, which aired in the fall 2014 broadcast season. Masanori Takahashi directed the project, which features character designs by Satoshi Yamaguchi (Circuit no Ohkami II: Modena no Tsurugi). Masahiko Otsuka filled the dual role of chief director and series composition.

The origin of the Senko High School Literature Club’s powers might be a little sketchy, and they may spend more time chatting than engaging in superhuman feats. Still, there’s no questioning the incredible abilities of the club’s female members: Tomoyo can control time; Hatoko is a mistress of the elements; Chifuyu can create matter; and Sayumi can return any item to a previous state. With these powers, there are few tasks these girls can’t handle. Meanwhile, Jurai, the club’s only male member, has a dark flame that seems a little pointless in comparison, and only time will tell if it matures into anything more useful. Toss in a Student Council president who’s developed powers of her own and things are about to get seriously weird as the study of literature takes a comic book turn in WHEN SUPERNATURAL BATTLES BECAME COMMONPLACE! 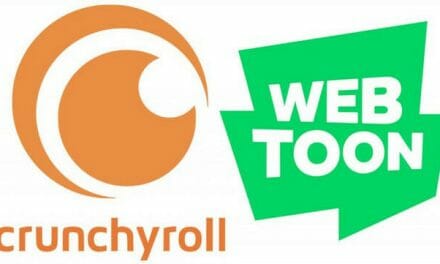