It looks like the long-delayed Yamibō is getting a second chance to shine!

Earlier this week, Media Blasters announced that they will release Yamibō (Yami to Bōshi to Hon no Tabibito) on Blu-Ray. Though the company declined to state a specific release period, they did confirm that the Blu-Ray will feature the uncensored version of the show.

Furthermore, Media Blasters will host a program, which will allow folks who bought the DVD to upgrade their copies to the Blu-Ray release. 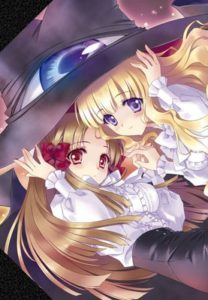 Media Blasters announced that they acquired the series in 2013, and planned for a release later in the year. Due to a series of delays, though, Yamibō found its way to store shelves on March 31. Media Blasters is unable to dub the series, as they couldn’t acquire a separate music and effects track.